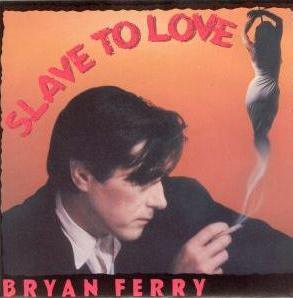 "Slave to Love" is the first single released from former singer 's release, "Boys And Girls", and is one of his most popular solo hits. It was featured on the movie "" where the entire song was played in one of the scenes.

Featuring an elegant vocal by Ferry, the song is a romantic love ballad and, as such, is featured on the "Slave to Love: Best of the Ballads" compilation in , which was named for the song, as was one of his biggest ballad releases.

The song was another hit for Ferry, peaking at number 10 on the , while the "Boys And Girls" topped the UK album survey.

The video for "Slave to Love" is, in fact, the commercial for the new male fragance, "Gucci by Gucci pour Homme". Murphy does not appear on the video.