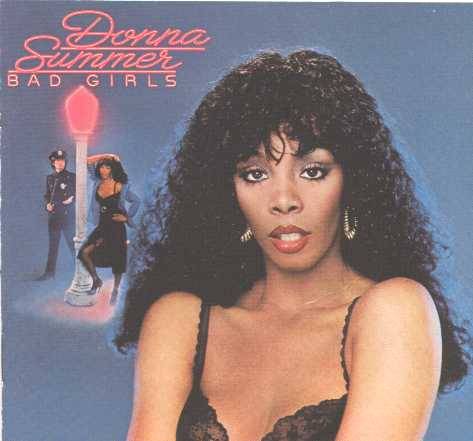 By the time "Bad Girls" was released, Summer felt that Casablanca were exploiting her. Since the release of her breakthrough, the sexually explicit "", Summer had been named "the first lady of love" and her record label were keen for her to keep this image up, despite the fact that she was never truly comfortable with it. She was told how to act and dress, and she had generally lost control over her career. Summer became very depressed and suffered with for a time. She visited healers and began taking tablets to aid her sleep. In early 1979, she collapsed from exhaustion.

Upon Summer's recovery, her sister took her to see a priest and she became a . The depression came to an end as a result and Summer set to work on her new album with long-time partners and , as well as various others she had not worked with before. By this time, although disco music was still popular, other styles such as punk and heavy metal were also achieving well, so the team decided to incorporate a rockier sound into some of the tracks. Other songs had a more soul/R&B feel to them, and in all it was probably Summer's most diverse album to date. It became her biggest selling album ever, achieving triple platinum status in the U.S. and shifting about seven million copies worldwide. It also became her second consecutive number-one album in the U.S.

The fusion of rock and disco was particularly evident also she was using the synthesizer to augment the sound for a more electronic and dance oriented electro music in the first two tracks on the album - "" and "Bad Girls", which also became the first two singles to be released from the album. Both were huge hits and made Number One on the American singles chart. The former also won Summer a for and became popular again in the 1990s when used in the British film . "" also became a huge hit, peaking at number two in the U.S.

1979 ended with Casablanca releasing a compilation of Summer's work plus a couple of newly recorded tracks. At this point, due to the aforementioned feelings that the label was exploiting her, Donna quit the label and signed a new deal with . Her new material with them was more rock/new wave oriented, due to the "disco backlash" that had occurred. Due to its popularity, many rock DJs had gone out of business and people begun opposing disco music - around that time many banners were seen with "disco sucks" written on them. As a result Summer left the disco tag behind, but in an effort to compete with her new label, Casablanca chose to release more singles from the "Bad Girls" album - namely "" and "Walk Away". Both were top 20 and 30 hits respectively, while her new rock-oriented dance material climbed the charts. Casablanca/ also released a special edition compilation entitled "Walk Away - Greatest Hits 1977-1980", which featured a selection of her hits from the "Bad Girls" period and the preceding years.

In 2003 , owners of the Casablanca/ back catalogue since 1998, re-issued "Bad Girls" as a digitally remastered and expanded Deluxe Edition.

The second disc contains a selection of 12" versions and extended mixes from the years 1977-1980.