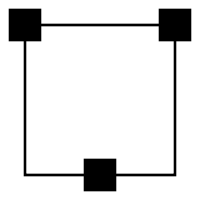 Dolby Surround was the earliest consumer version of Dolby's multichannel analog film sound decoding format Dolby Stereo introduced to the public in 1982 during the time home video recording formats (such as Betamax and VHS) were introducing Stereo and HiFi capability. The term Dolby Surround is used so as not to confuse theater surround (Dolby SR, which has four channels of audio) with home stereo, which has only two. Dolby Surround is the earliest domestic version of theatrical Dolby Stereo. The term also applies to the encoding of material in this sound format.

When a Dolby Stereo/Dolby Surround soundtrack is produced, four channels of audio information (left, center, right, and mono surround) are matrix-encoded onto two audio tracks. The stereo information is then carried on stereo sources such as videotapes, laserdiscs, and television broadcasts, from which the surround information can be decoded by a processor to recreate the original four-channel surround sound. Without the decoder, the information still plays in standard stereo or mono.

As the technology of a Dolby Surround decoder is virtually the same as decoding the monaural surround soundtrack, many Dolby Stereo encoded films could be transferred with little change to the stereo soundtrack, lowering the costs of re-recording the audio of a film to video. In fact, most L/R/S Dolby Surround decoders included a modified Dolby B decoder as part of their design.

The Dolby Surround decoding technology was updated during the mid-1980s and re-named Dolby Pro Logic in 1987. The terms Dolby Stereo, Dolby Surround and LtRt are used to describe soundtracks that are matrix-encoded using this technique.