"Washington's Crossing" is a book written by and part of the "Pivotal Moments in American History" series. The book is primarily about 's leadership during the 1776 campaign of the , culminating with the famous crossing of the and the subsequent campaign: , the and the .

Using over 100,000 words (379pp in hardback), 19 maps and many illustrations Fischer treats the historical context of the crossing. His treatment includes the crossing's precursors, the intensity of effort required to make the crossing itself, the effects upon the outcome of the made possible by the success of the crossing and the brilliant exploitation. Fischer follows up with more than 180pp divided into appendices, source citations and acknowledgements. 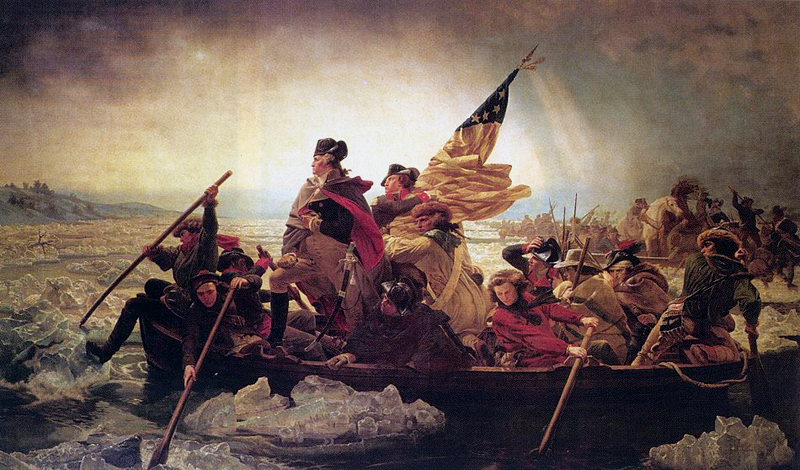 Using as his starting point, the famous painting "" by Fischer continues through the shift in momentum resulting from this campaign. Fischer shows from many citations that before the crossing, the British were intent upon attacking and defeating the revolutionaries. After the crossing and subsequent campaign the British were focused on being attacked. Fischer proceeds through the aftermath, finishing with an expostulation of how a new, American, way of fighting developed during the campaign surrounding the crossing. A way of fighting that includes: an entrepreneurial spirit and a policy of humanity. The goal-oriented spirit guides America's warfare to this day: to win the war and return to every-day life with all dispatch. The policy of humanity was so attractive that large numbers of the Hessian enemy stayed in America and more returned with their families following the war.

Fischer's work is admired as one of the most comprehensive books on the critical and suspenseful turning point of the American War of Independence. The book was published in February 2004 and it won the 2005 .