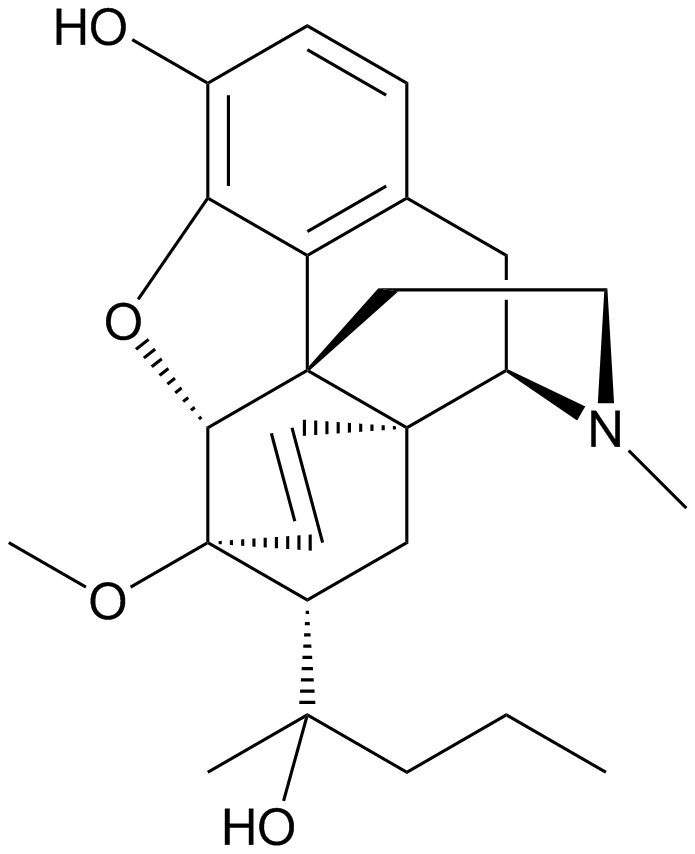 Etorphine (Immobilon or M99) is a semi-synthetic possessing an potency approximately 10,000 times that of and was first prepared in 1960 from , which does not generally occur in extract but rather in "poppy straw" and in related plants, Papaver orientale and . [ [http://opioids.com/narcotic-drugs/chapter-3.html Opium: the king of narcotics ] ] It was later reproduced in 1963 by a research group at Macfarlan-Smith and Co. in Edinburgh, led by Professor Kenneth Bentley. [Bentley KW, Hardy DG. "New potent analgesics in the morphine series." "Proceedings of the Chemical Society". 1963;220.] [Bentley KW, Hardy DG. "Novel analgesics and molecular rearrangements in the morphine-thebaine group. 3. Alcohols of the 6,14-endo-ethenotetrahydrooripavine series and derived analogs of N-allylnormorphine and -norcodeine." "Journal of the American Chemical Society". 1967 Jun 21;89(13):3281-92. PMID 6042764] It can also be produced from .

Etorphine is most often used to immobilize s and other large mammals. Etorphine is only available legally for veterinary use and is strictly governed by law. (M5050) is an opioid receptor antagonist that can be administered in proportion to the amount of etorphine used (1.3 times) to reverse its effects. Veterinary-strength etorphine is fatal to humans; one drop on the skin can cause death within a few minutes. [Zoo Vet At Large - ( , Part 10 of 26)]

Large Animal Immobilon is a combination of etorphine plus maleate. An etorphine antidote Large Animal Revivon contains mainly for animals and a human-specific -based antidote, which should be prepared prior to the etorphine.

A close relative, has been used as an opioid painkiller for human usage in China. It is claimed to be less addictive than traditional opioids but this has yet to be confirmed.

Etorphine is an agonist at μ, δ, and κ . It also has a weak affinity for the ORL1 / receptor. [Hawkinson JE, Acosta-Burruel M, Espitia SA. "Opioid activity profiles indicate similarities between the nociceptin/orphanin FQ and opioid receptors." "European Journal of Pharmacology". 2000 Feb 18;389(2-3):107-14. PMID 10688973]

In , Etorphine is regulated under Schedule 1 of Hong Kong's Chapter 134 "Dangerous Drugs Ordinance". It can only be used legally by health professionals and for university research purposes. The substance can be given by pharmacists under a prescription. Anyone who supplies the substance without prescription can be fined $10000(HKD). The penalty for trafficking or manufacturing the substance is a $5,000,000 (HKD) fine and life imprisonment. Possession of the substance for consumption without license from the Department of Health is illegal with a $1,000,000 (HKD) fine and/or 7 years of jail time.

In the , Etorphine is a list I drug of the . It is only used for veterinary purposes in zoos to immobilize large animals.