Kingdom of the East Angles

Kingdom of the East Angles 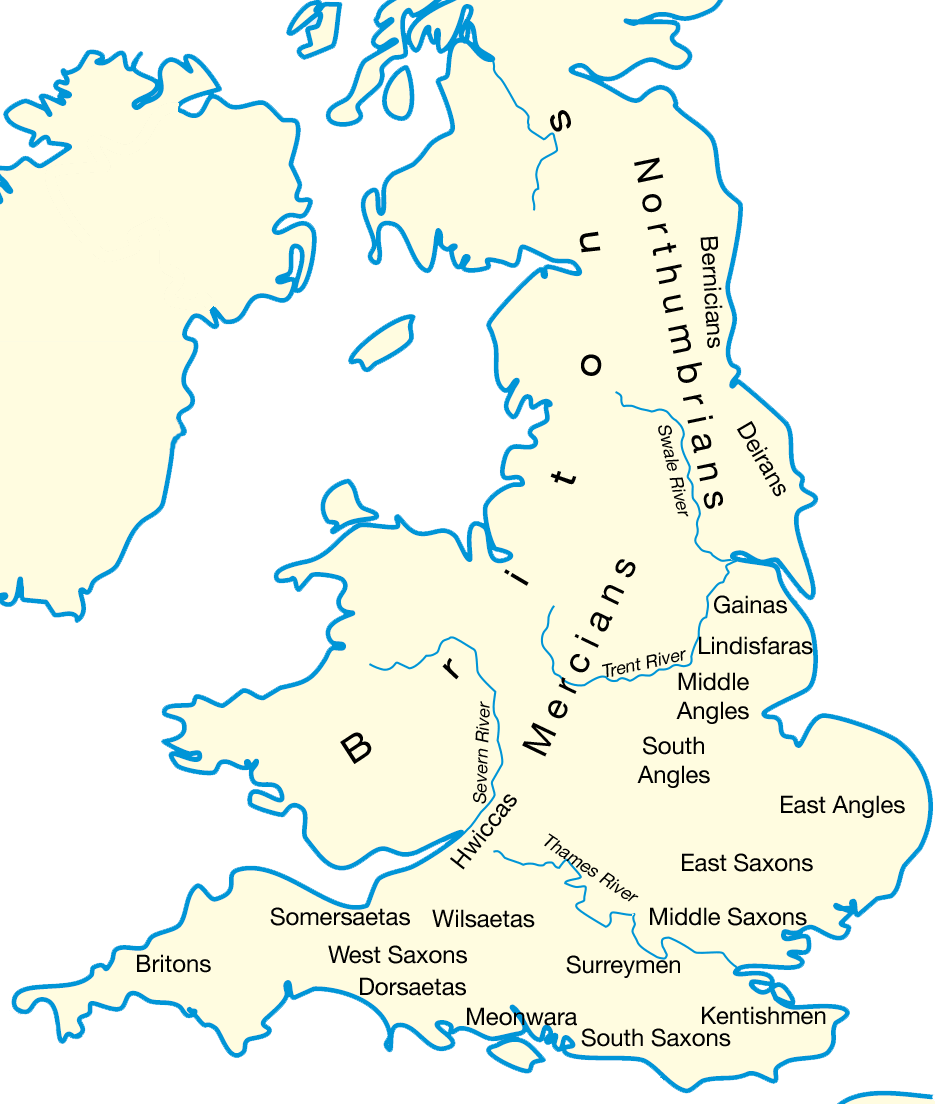 The Kingdom of the East Angles or Kingdom of East Anglia was one of the ancient Anglo-Saxon kingdoms. The kingdom was named after the homeland of the Angles, in northern , and initially consisted of and , names which possibly arose during or after the Danish settling ("North folk [people] " and "South folk [people] "). Upon the marriage of the East Anglian princess , the also became part of the kingdom. The boundaries of the region, however, are vague. The modern region of is named after it.

The Kingdom of the East Angles, formed about the year 520 by the merging of the North and the South Folk (Angles who had settled in the former lands of the during the previous century) was one of the seven Anglo-Saxon kingdoms (as defined in the 12th century writings of ). For a brief period following a victory over the rival kingdom of around the year 616, East Anglia was the most powerful of the Anglo-Saxon kingdoms of England, and its king Raedwald was (overlord of the Anglo-Saxons kingdoms). But this did not last: over the next forty years, East Anglia was defeated by the ns twice, and it continued to weaken relative to the other kingdoms until in 794, had its king Æthelberht killed and took control of the kingdom himself.

The independence of the East Anglians was restored by a successful rebellion against Mercia (825&ndash;827), in course of which two Mercian kings were killed attempting to crush it. On , the Danes killed King Edmund and took the kingdom, which they named East Anglia (see ). The Saxons retook the area in 920, only to lose it again in 1015&ndash;1017, when it was conquered by and given as a to , who was made Jarl of East Anglia in 1017.