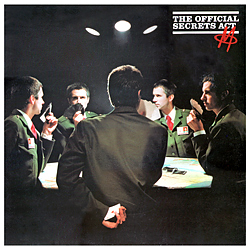 The Official Secrets Act is M's second album, released in 1980 on .. The track "Official Secrets" was released as a single and charted in the UK at No. 64 in November 1980. The follow up single was "Keep It To Yourself".