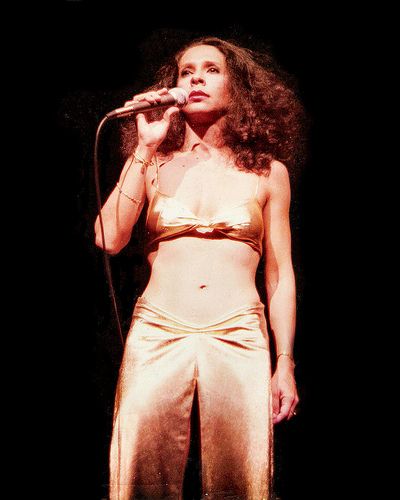 Influenced by music from a young age by her record store owner father, Costa became one of Brazil's foremost female movement singers and players during the late 1960s and 70s. Along with her friend , she became a political activist often coming into conflict with Brazil's military government when dissent in music was censored in 1968.

Fellow musician , 's brother, introduced her to and in 1963, who managed to secure her a recording deal in for her debut album "Domingo" with . Her ous solo debut in 1969 is considered a Tropicalismo classic, containing songs by Veloso, Gil, Zé, and . While this album balanced between Brazilian stylizations and North-American psychedelic influences, her follow-up album released the same year found her, like Gil, diving head-first into the latter. Her next album, "Legal", was not as out-there as its predecessor, and a live album the following year again balanced smooth Brazilian sounds with heavy rock. In 1973, the cover of Costa's album "Índia" was censored due to her wearing a risqué red . Costa has recorded songs composed by a number of Brazil's most popular songwriters such as , Ben, and . In 1982 the single "Festa Do Interior" from the double album "Fantasia" became her biggest ever hit, going multi-platinum by the end of the year. Costa appeared in the 1995 film "The Mandarin" ("Mandarim, O") as the singer . She has recorded songs in Portuguese, Spanish and English.