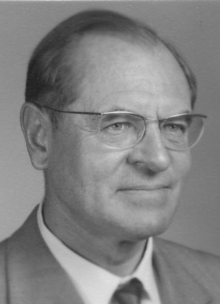 Herbert Franz Mataré (22 September 1912 – 2 September 2011[1]) was a German physicist. The focus of his research was the field of semiconductor research. His best-known work is the first functional "European" transistor, which he developed and patented together with Heinrich Welker in the vicinity of Paris in 1948, at the same time and independently from the Bell Labs engineers. The final 20 years of his life Mataré split time between his homes in Hückelhoven, Germany and Malibu, California.. Born in Aachen, he is the nephew of the sculptor Ewald Mataré (1887–1965) and father of architect Vitus Mataré (1955.)

In 1939 he joined the Telefunken research laboratory in Berlin. At that time it became obvious that the miniaturization of vacuum tubes had met a technical limit and that alternative solutions had to be sought using solid state circuits and principles of the previous transistor inventions of Julius Edgar Lilienfeld, Oskar Heil, Walter Schottky and Robert Wichard Pohl.

Because of the massive air raids on Berlin in 1943, the Telefunken laboratory were moved to the Cisterian abbey in Lubiąż (Leubus) Silesia, where Mataré focused on the improvement of the cm-wave (SHF) receiver sensitivity.

In 1944, as the Russian army closed in, the site and most of its equipment were abandoned and the operation was transferred to Thuringia. Later Mataré taught physics and mathematics in Wabern near Kassel and gave lectures at the Aachen university, and he was invited to build a semiconductor diode plant for Compagnie des Freins & Signaux Westinghouse in Aulnay-sous-Bois near Paris. 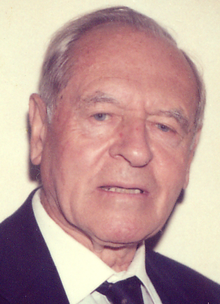 At the same time as the American researchers and independently, the German researchers Mataré and Heinrich Welker developed the first operational "French transistor" at Compagnie des Freins & Signaux Westinghouse in Aulnay-sous-Bois near Paris during the years 1945 to 1948. They filed their first transistor patent application on August 13, 1948.[3][4] On 18 May 1949, this European invention coined as the "Le Transistron" was presented to the public.

In 1951/1952, Mataré founded Intermetall in Düsseldorf, the world's first company, which offered diodes and transistors.[2]

The following list can only present a part of the more than 80 patents which Mataré has filed.