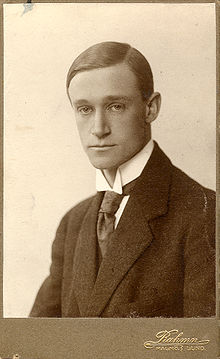 Curt Hugo Johannes Weibull was born in Lund, Sweden. He was a member of the noted Swedish Weibull family. He was the son of history professor Martin Weibull (1835-1902) and the brother of Lauritz Weibull, Alexander Weibull, Julius Oscar Elof Weibull and Carl Gustaf Weibull. He and his brothers attended the University of Lund.

Curt Weibull was a professor of history at Gothenburg University from 1927–1953 and its president from 1936 to 1946. In 1928 he and his brother, Lauritz Weibull, founded the periodical Scandia. Together they are known for having introduced a critical theory of history in Swedish historical research, inspired by German historian, Leopold von Ranke. Weibull was an important mentor to historian Erik Lönnroth, who further developed the methods to evaluate sources.

His most important and acclaimed work is a criticism regarding the interpretation and the ahistoricism of the Gesta Danorum by the 12th century Danish historian Saxo Grammaticus. This piece was called: Saxo. Kritiska undersökningar i Danmarks historia från Sven Estridsens död till Canute VI (Saxo. Critical studies in Denmark's history from Sven Estriden's death to Canute VI) , and was rather controversial at the time, as it revealed the vague foundations of Denmark's older history of the time.

In 1991, when he was 105, his last work was published: an article in a book celebrating the 100th anniversary of Gothenburg University. That probably makes him the oldest historian in the world to have a new study published while still alive. An anecdote tells that when a Danish historian was counter-criticizing parts of Weibull's treatise on Saxo Grammaticus in a doctoral dissertation (believing he was dead since this was after his 100th birthday) Weibull appeared on the public disputation angrily defending his work.

He was the father of the Swedish historian and Liberal politician, Jorgen Weibull (1924-1998) and was buried in Norra kyrkogården in Lund.

This article is fully or partially based on material from Nordisk familjebok, 1904-1926 and from Nationalencyklopedin online edition.