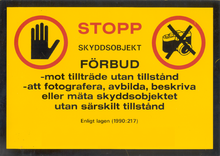 In military science, a compound is a type of fortification made up of walls or fences surrounding several buildings in the center of a large piece of land. The walls can either serve the purpose of being tall, thick, and impenetrable, in which case they would be made of wood, stone, or some other like substance; or dangerous to attempt to scale, in which case they could be made of barbed wire or electrified. Compounds can be designed to double as living spaces and military structures in the middle of hostile territory or as a military area within a country's territory; they are also used by the extremely wealthy, powerful, paranoid or criminal to protect against threats to themselves or their property.

A number of survivalists own fortified compound-like structures as a means of protection for when they perceive that civilization has broken down or that their government has become abusive.

The term compound is also used to refer to an unfortified enclosure, especially in Africa and Asia. See compound (enclosure).