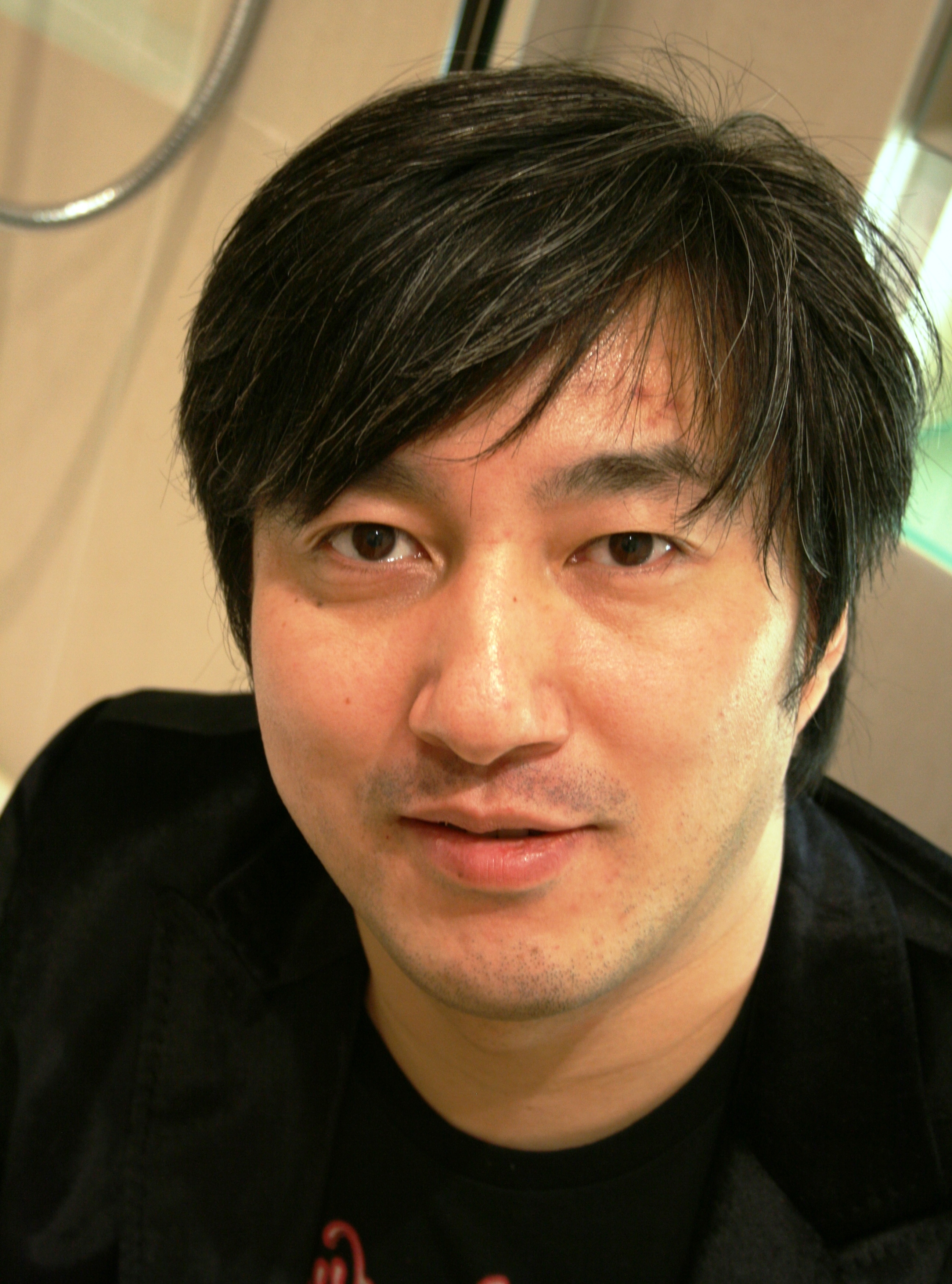 nihongo|Goichi Suda|須田剛一|Suda Gōichi|extra=born , , is the of . The "51" in his nickname, Suda51, is a pun on his given name. "Go" means 5 and "ichi" means 1. His works include "" for the , "", "Michigan", "" for the and most recently, "No More Heroes" for the . He was known to make appearances wearing a mask while promoting "killer7". His most recent work is ' for the , and will also be involved in a project with tentatively titled "", following the release of Kojima's '.

In August 2008 announced a deal to publish an as yet untitled action horror game developed by Grasshopper in conjuntion with . The project will be directed by Suda and produced by for release on PlayStation 3, Xbox 360, Wii and PC.

Suda was working as an undertaker, enjoying the booming ese scene, when he noticed an advertisement for an opening at , best known for designing the "Clock Tower" and "" series'. Suda applied but for weeks had not received a reply from Human. He figured his application had been passed over and planned to continue working as an undertaker, a job which he found himself disliking. Suda finally received a call from Human, and was immediately hired. He began work as a scenario writer on "". The next game he would work on, "Super Fire Pro Wrestling Special", remains one of his most infamous to date due its shocking ending.

Goichi Suda then worked on games in the "Syndrome" series until his departure in shortly before Human disbanded. He went on to form around this time, and began work on "". "The Silver Case" (also known as "Silver Jiken") marked the debut of Grasshopper's signature "Film Window" style of editing, where text bounces and jiggles onto the screen at random. The game's story was written into two chapters, one following the investigation of a series of cases, the other about a journalist covering them.

In , Grasshopper Manufacture developed "" for the . "Flower, Sun, and Rain" takes place on an island called Lospass, with the Flower, Sun, and Rain hotel placed at the center. The game was known for its twisted story, about a "searcher" who is forced to relive the same day, again and again. While going about his business, he is trapped within other characters' problems. As the game continues, his hotel room begins to twist and turn, and he loses his sanity piece by piece.

In , Suda made his n debut with "". The player takes control of Harman Smith, a 60-year-old wheelchair-bound assassin with seven personalities who manifest themselves into the real world. Each personality has his or her own personal style of killing, and the group is collectively known as the Killer7. The dominant personality is ("The Cleaner"), who, while in the presence of or television sets, has the ability to call upon the six other members of the Killer7 anywhere at any time. Unlike most multiple personalities, Harman does not just think he becomes someone else. Rather, his personae actually take on a unique when called upon. The Killer7 uncover a political plot between and the , as Garcian slowly begins to realize the truth behind his past. While not a huge commercial hit, the game garnered a large and in addition, "killer7" also brought Grasshopper Manufacturer to the interest of North American gamers.

Grasshopper later collaborated with to release "Contact" for the . The game was a much smaller hit than "killer7", as Suda51 instead opted for a more "" title. "Contact" is the story of a young boy who is mixed up in a battle between the Professor and a group of intergalactic characters known as the CosmoNOTs. The game was localized by notable writer , and released in North America in October . There is also rumored to be a planned "Contact" sequel.

On , , "No More Heroes" was released in Japan, and later in the rest of the world during early . The story follows Travis Touchdown, who is a stereotypical – his motel room decorated with and collectibles – living in near poverty in the motel "NO MORE HEROES" of Santa Destroy, . After winning a beam katana in an internet auction he becomes a hitman. When he runs out of money to buy video games and wrestling videos he accepts a job to kill Helter Skelter, also known as "the Drifter," which earns him rank 11 by the United Assassins Association, a governing body of assassins. Realizing that he has now made himself a target for aspiring assassins, he sets out to secure himself the coveted position of number one hitman in the UAA.

Suda expressed disappointment in the Japanese sales of the game, saying that only Nintendo is doing well in regard to the Wii's success because of its adoption by s. He later stated his comment was being misinterpreted, saying his "point was that "No More Heroes", unlike a lot of Nintendo Wii titles currently available is the kind of product which will attract a different kind of consumer to the hardware, "i.e." gamers who are looking for a different genre to the products which have been successful on this platform thus far." Outside of Japan, sales of the game have fared much better. In the United States, around 200,000 copies have been shipped, with about 100,000 copies sold, as opposed to just 40,000 copies shipped in Japan since launch. 160,000 copies are expected to be shipped for the European release.

He apparently had some involvement in the development of "", as his nickname, Suda51, appears in the credits for the Subspace Emissary mode.

In a , interview with "", Suda51 revealed that beyond the game in development by Grasshopper, he would be interested in producing "No More Heroes 2" for the Wii, on the condition that the game sells enough to convince its publishers. [ [http://www.computerandvideogames.com/article.php?id=184821 Advertisement ] ]

On October 9, 2008 at the TGS they showed off a teaser trailer of No More Heroes: Desperate Struggle a sequel to the first No More Heroes.

* Goichi Suda's favorite author is .
* He has been quoted as saying, "One day I want to make a character cuter than ." [ [http://www.gamasutra.com/view/feature/1512/die_without_regret_an_interview_.php?page=5 Gamasutra - Die Without Regret: An Interview With Goichi Suda ] ]
* He wrote the lyrics for two songs used in his directions, a Japanese song in "Flower, Sun, and Rain" entitled "F.S.R.-For You-" and an English song in "No More Heroes" entitled "The virgin child makes her wish without feeling anything".
* His favorite film is "Paris, Texas". [ [http://wii.ign.com/articles/765/765721p1.html IGN: Interview: Suda 51 on No More Heroes ] ]
* His favorite video game is "Another World", known as "Out of this World" in the North America.Fact|date=April 2007
* Suda is a big fan of 's "". After the release of "", he will be working with Kojima on a project entitled "".Fact|date=April 2007
* Suda is a major fan of wrestling, precisely . He wore a libre mask before the release of "killer7" to promote the game. [http://www.gpara.com/news/04/09/news200409266145.htm (Japanese)]
* Suda once appeared on the "Kojima Production's Report" and "Hidechan Radio".