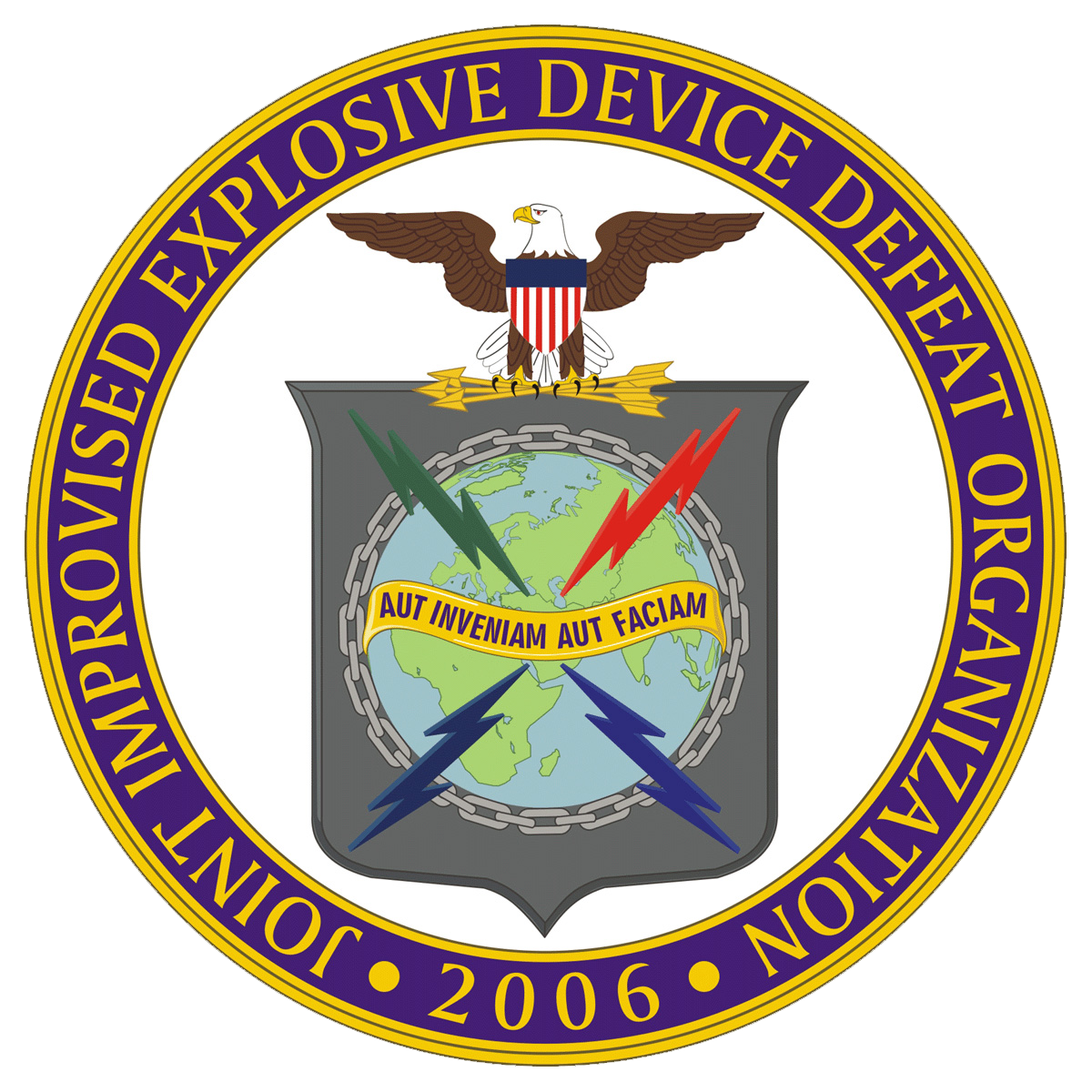 The Joint Defeat Organization (Joint IED Defeat Organization or JIEDDO) is a permanently-manned Department of Defense joint entity tasked with leading, advocating and coordinating all counter-IED actions in support of Combatant Commanders and their respective Joint Task Forces.

Faced with the escalating use of in Iraq and Afghanistan in October 2003, the Army Chief of Staff’s office established the Army IED Task Force to counter this threat. The task force reached out to organizations across the Army, private sector and academia to improve threat intelligence gathering, acquire counter-IED technologies and develop IED-specific training for soldiers. [https://www.jieddo.dod.mil/JIEDDO%20Annual%20Report_20070809_v2%20(U)_lr.pdf]

The early success of the Army IED Task Force, which helped reduce the casualty rate per IED attack despite an increased in-theater use of the devices, led then Deputy Secretary of Defense to transform the initiative into the Joint IED Task Force. Reporting directly to the office of the Deputy Secretary of Defense, the joint program sought to leverage the experience and expertise of soldiers across the services. [ [https://www.jieddo.dod.mil/ABOUTJIEDDO/AJHOME.ASPX About JIEDDO ] ]

With Department of Defense Directive 2000.19E, the task force was converted into the Joint IED Defeat Organization.