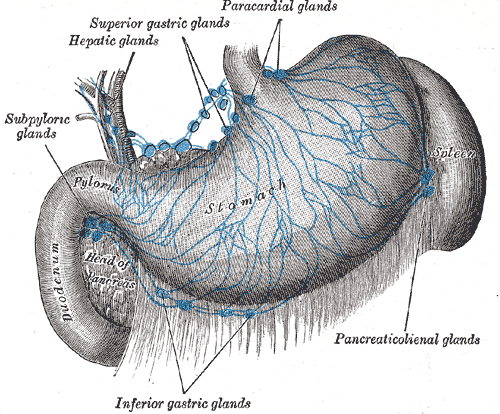 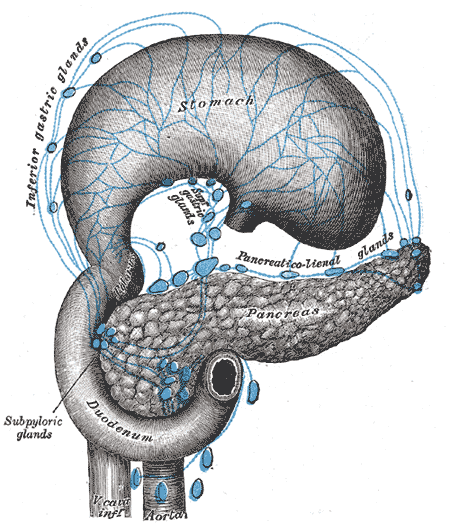 * The Superior Gastric Glands (lymphoglandulæ gastricæ superiores) accompany the and are divisible into three groups, viz.:
** (a) upper, on the stem of the artery;
** (b) lower, accompanying the descending branches of the artery along the cardiac half of the , between the two layers of the ;
** c) paracardial outlying members of the gastric glands, disposed in a manner comparable to a chain of beads around the neck of the stomach. They receive their afferents from the stomach; their efferents pass to the celiac group of .

* The Inferior Gastric Glands (lymphoglandulæ gastricæ inferiores; right gastroepiploic gland), four to seven in number, lie between the two layers of the along the pyloric half of the .