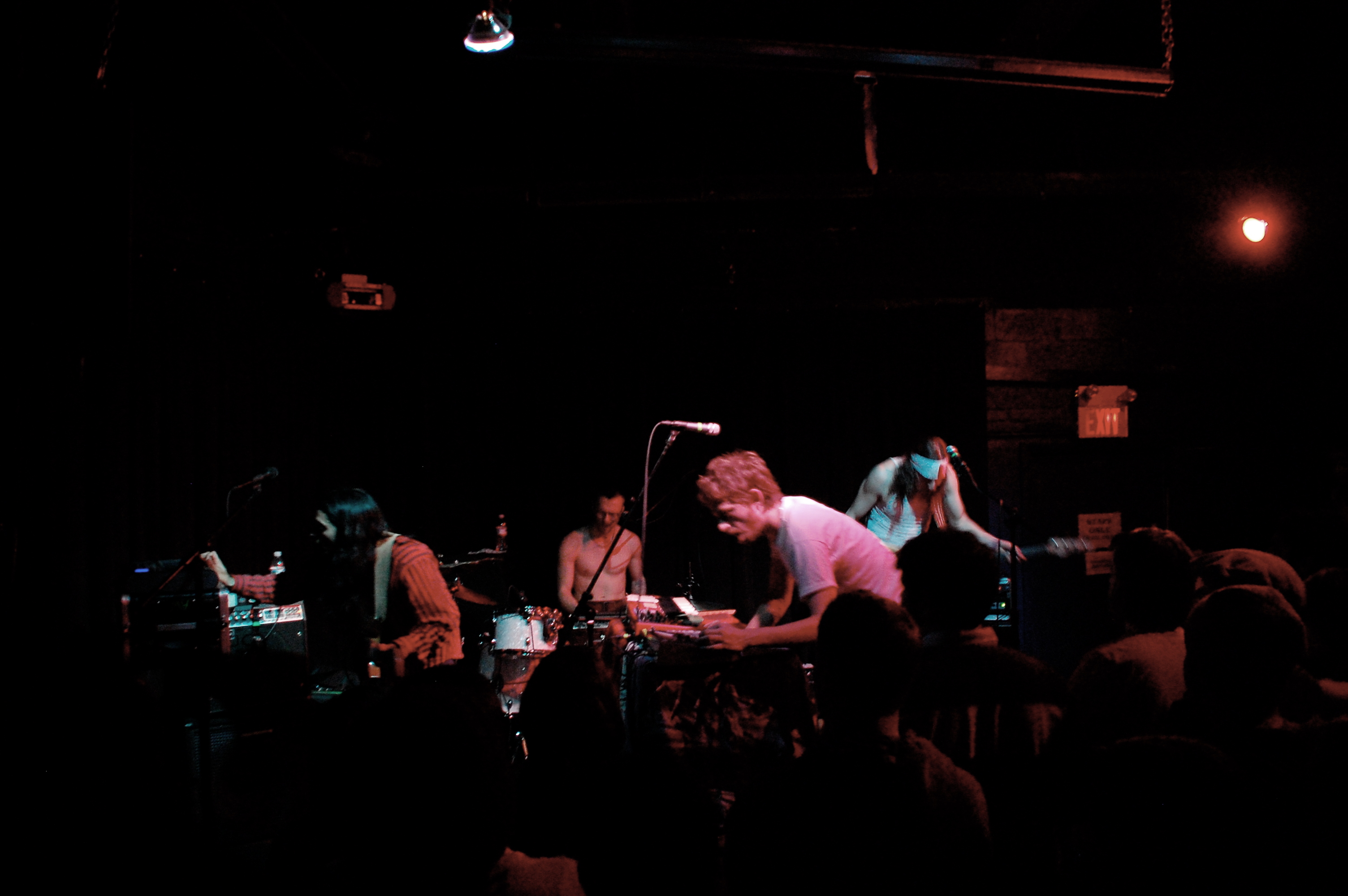 Yeasayer (IPAEng|ˈjeɪˌseɪ.ɚ) is an experimental band based in . Live performances include trippy, psychedelic visuals projected in the background.

Their first single consisted of the tracks "Sunrise" and "2080".

They were featured on episode 47 of

Yeasayer toured with and during the spring of 2008 in the and will continue on to and . [cite news|url=http://www.pitchforkmedia.com/article/news/47595-yeasayer-announce-big-2008-tour|title=Yeasayer Announce Big 2008 Tour|Last=Maher|first=Dave|publisher=Pitchfork|date=2007-12-12|accessdate=2008-01-08] They will also play at 2008. [ [http://www.hovefestivalen.no/Default.aspx?articleID=583 Hove Festival home page] ] . They performed at Lollapalooza 2008 (Chicago's Grant Park). They also appeared at Reading/Leeds Festival 2008 on the NME/BBC1 stage. Yeasayer performed at Pavallion on Roskilde Festival 2008. Yeasayer provided support to on the European leg of his tour in Summer 2008.

Yeasayer also performed a public, concert, a "Take Away Show", on a French metro in February, 2008, filmed by Vincent Moon of The Blogothèque. Their trip on the metro led them to an apartment, where they continued their uproarious concert for the guests of a party. [cite news|url=http://www.blogotheque.net/Yeasayer,3966|title=Yeasayer - Yeasayer - LA BLOGOTHEQUE]