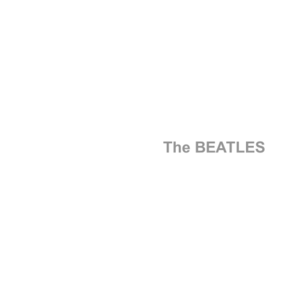 "Blackbird" is a song from double-disc album "The Beatles" (also known as "The White Album"). Blackbird was written by , who was inspired to write this while in as a reaction to racial tensions escalating in America in the spring of 1968.

McCartney revealed on PBS's "Great Performances (Paul McCartney: Chaos and Creation at Abbey Road)", aired in 2006, that the guitar accompaniment for Blackbird was inspired by 's "", a well known classical guitar piece. As kids, he and tried to learn "Bourrée" as a "show off" piece. "Bourrée" is distinguished by melody and bass notes played simultaneously on the upper and lower strings. McCartney adapted a segment of "Bourrée" as the opening of "Blackbird," and carried the musical idea throughout the song.

The first night , who would later become his wife, slept over, McCartney played it to the fans camped outside his house.

The song was recorded in , with as the producer and as the .

The structure of the song is quite uneven, featuring a good amount of phrasing, with the timing varying between 3/4, 4/4 and 2/4 metres. It is in the key of G, with the bass and melody lines on the guitar progressing mostly in parallel tenths, all the while maintaining an open G-drone on the third string. The song is played with a unique combination of fingerpicking and (a kind of) finger-strumming, though the bass notes are always played by the thumb on the downbeat.

The song starts with an intro whose chords progress through I-II7(no5)-I6/3 up to the I chord played an octave higher. The verse begins with the same progression before moving into a long phrase starting on the IV chord with the bass notes ascending in half-steps up to the VI chord, before descending (also in half-steps) back to the IV. They descend still further back to the I chord, before launching into an instrumental , a shortened four-measure backward recounting of the verse. The second verse follows, though this time it skips the interlude, going directly into the . [The refrain consists of a two-round chord progression: VII (flat) (add9)-VImin(no5)-I7/5(no3)-IV, first time defined to a Imin/3 followed by the IV chord, and second to a I/3 chord, merging to the same chord progression as the interlude.]

An instrumental reprisal of the verse, followed by the refrain (with vocals), leads back into the intro phrase whose last chord is repeatedly played for a couple of measures before making way for the introduction of the birds-chirping overdub. There is another brief instrumental interlude, which contains phrases from the intro and the verse, before going into a reprisal of the first verse and ending with an outro, containing the same sequence of chords as the first interlude.

The song uses only a guitar, vocals, a steady tapping, and birdsong-overdub. It is disputed whether the birdsong-overdub is an actual Blackbird. The tapping rhythm, which sounds like either a foot tapping or a mechanical metronome, is in fact, according to , an intentional scratch made on the Master.

However, there exists a video that shows McCartney alternatingly rapping his feet on the floor, while singing an early version of the song, producing the percussion that can be heard in the recorded version. [ [http://www.youtube.com/watch?v=3uqGCqMYaHQ "McCartney Blackbird's early version", "youtube.com"] retrieved 19 June, 2008.]

Elements of the lyrics "("take these broken wings and learn to fly")" have re-appeared in other pop songs over the years, notably the number one hit "Broken Wings" by and the song, "Gunning Down Romance" from the "Affirmation" album. Sections of "Blackbird" were incorporated into ' cover of the song "Sweet Thing" on their album "", and into the end of 's "" during their set at the concert in on , as well as some of the shows on the . references it at the end of their cover of "Boyz-N-The-Hood."

performed it for the soundtrack of the 2001 film .

performed it in the 2007 film "Across the Universe".

performed it on "" on , during the Beatles second theme night.
, a composer, was inspired by "Blackbird" when he wrote "The Wings" for the movie "".

took the song, along with "Helter Skelter" and "", as a metaphor for black-white race relations in the , which purportedly inspired his murders.

covered "Blackbird" on her 2008 album entitled "This Moment to Be Free", a line taken from the song.

also performed the song several times on his 2008 solo tour.