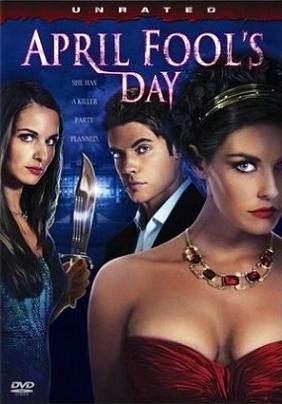 "April Fool's Day" revolves around a party given by two rich siblings for their friend. Tragedy strikes when a friend falls over a balcony and dies. One year later, the teens responsible for the accident become the targets of a twisted killer who begins hunting them down one by one.

"April Fool's Day" was directed by , and the two have also re-written the script for the remake with . Picked up by for distribution, it is currently being filmed in under producers and . [cite news| last= Gingold| first= Michael| title= October 19: New APRIL FOOL’S DAY goes to Stage 6| publisher= fangoria.com| date= | url= http://fangoria.com/news_article.php?id=5242| accessdate= 2007-10-24] Mancuso had also produced the original. noted that the filmmakers plan to make "April Fool's Day" an R-rated film.

Taylor-Compton confirmed her role in the film in July 2007, and at the time of this writing, , , , , and were also rumored to star. [cite news| last= Timpone| first= Tony| title= July 28: HALLOWEEN star’s next horror remake| publisher= fangoria.com| date= | url= http://fangoria.com/news_article.php?id=4690| accessdate= 2007-10-24] However, Taylor-Compton is the only of those rumored in July to have confirmed a role since filming began.

The film would retain most of the original's humor; however, Flores said it is "pretty much contemporized, with off-beat humor, different settings -- something that would gel with today's audience." Altieri noted that "It's kind of more a twisting and turning story" with "some really good scares". [cite news| title= Full 'April Fool's Day' Remake Casting, Release Details!| publisher= bloody-disgusting.com| date= | url= http://www.bloody-disgusting.com/news/10202| accessdate= 2007-10-24]