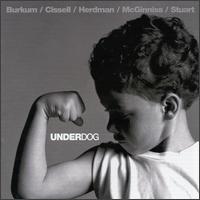 "Underdog" is the fifth full-length released by . The album's lyrics are a slight departure from "", as they focus more on missions and the word of God being spread, as shown in "Hands and Feet" and "Jesus Movement"; a theme that would reappear in "Worldwide". Other songs, such as "Get Down" and "Good Life", reflect on God's influence in a Christian life.