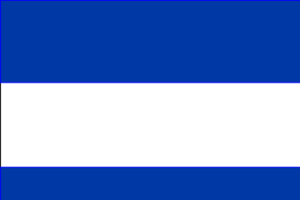 Almelo has about 72,000 inhabitants in the middle of the rolling countryside of , with the industrial centres of and as close neighbours but also with tourist towns like , and only a bicycle ride away. Almelo received city rights in 1394. Within the city limits lies the castle of the s of Almelo.

At the end of the 19th century emerged as a major employer and drew many workers to Almelo, at first from within the Netherlands. Since the 1960s workers from and came to Almelo. The first of the Netherlands was built in Almelo in 1976 for the Turkish population of the city.

In the 1970s the industry dwindled and most factories were relocated to countries with cheaper labour. Some factories remain in the city centre and are now in use for apartments or offices. Currently, a major employer in Almelo is Urenco Nederland. This is a plant which produces with about five percent , for s. It uses the method and produces 2.8 MSWU/year.A bakery factory, Bolletje, (formerly ) and the regional court are also major employers.

Worth seeing is Huize Almelo, a centuries-old castle in the city centre. There are s which decorate the walls of the tunnel close to the .