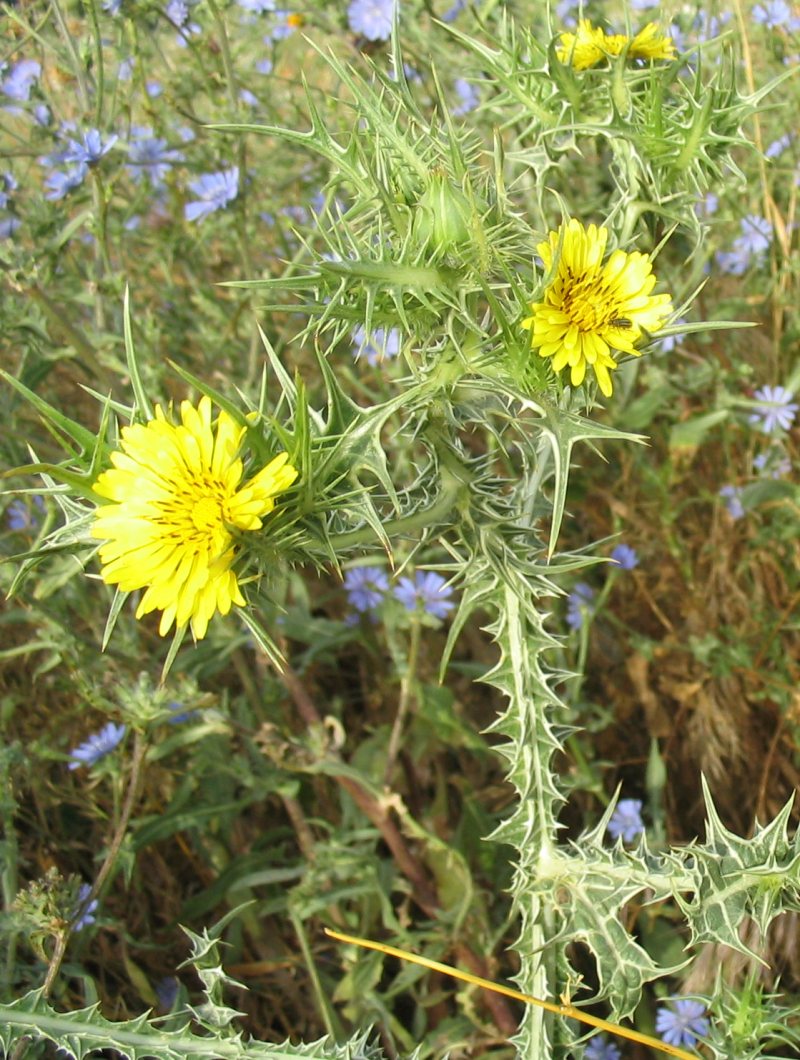 "Scolymus maculatus" (Spotted Golden Thistle or Spotted Oyster Thistle) is an in the family , native to the in southern , southwest , and northern , and also the .

The stems are 20 to 130 cm long, broadly wing-shaped, irregularly dentate and spiny. The leaves, bracts and wings of the stem have a white and continuous cartilaginous edge. The basal leaves are oblong-lanceolate, smooth and pinnatifid, with few spines. The pinnatifid caulinar leaves are sinuate, more or less oval and spiny. The bracts are lanceolate, involucral and are more than five in number. The capitula are golden yellow, solitary or in clusters of two to four and flower from May to June.

The s are hermaphrodite (have both male and female organs) and are pollinated by s.

It is found on uncultivated land, in abandoned fields and ditches and along paths and waysides. It prefers clayey soils and temperate climates. It can grow in semi-shade (light woodland) or no shade.