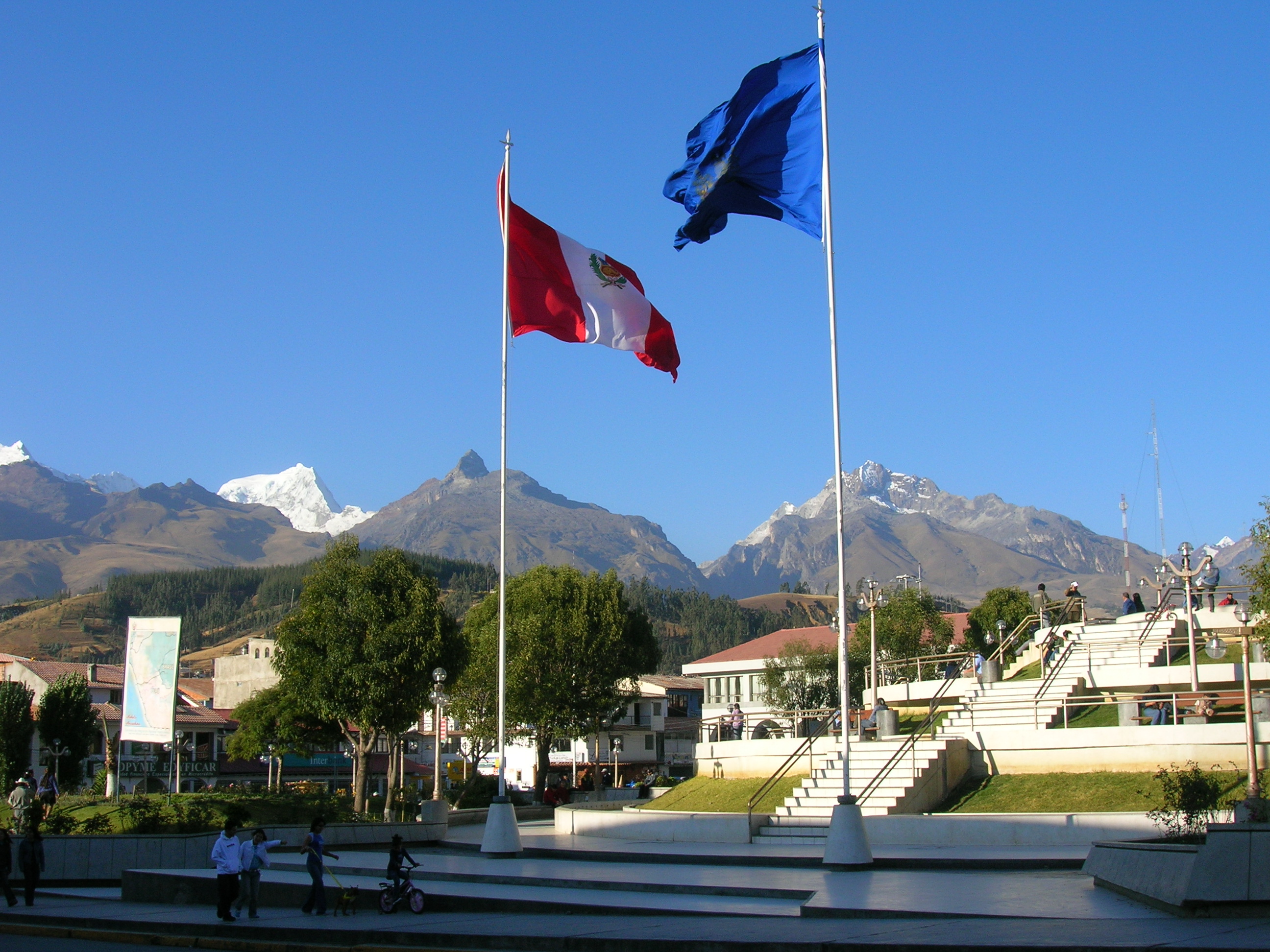 Huaraz is a city in . It has a population of approximately 100,000 and is the capital of the and of the . As such it is the seat of the regional government of Ancash.

Huaraz is located in the central-northern part of the country at an altitude of 3052 m (10,013 feet), some 420 km north of . Huaraz sits in the agriculturally important valley, at the foot of the mountain range, which includes , the highest mountain in Peru at 6768 m (22,204 feet).

In 1538, granted the right to collect taxes in Huaraz to the conquistador Sebastián de Torres. In 1574 Alonso de Santoyo founded the village.

On , the Ancash earthquake destroyed much of Huaraz, killing 10,000 people. Almost nothing was left of the old city with its narrow streets and big "casonas" roofed with s. The main square was the only major structure that survived the earthquake so the city was rebuilt around it. The old and big "casonas" were replaced with smaller houses while the old narrow streets were widened as they had proved to be deathtraps during the earthquake.

Huaraz is connected to the rest of the country through the Panamerican Highway (187km north of Lima) and can be reached from Lima Casma or Chimbote in seven hours. A few kilometers to the north of Huaraz lies the small Anta airport which serves small planes from the two largest mining companies in the region as well as the regional airline .

is a popular destination for and . Huaraz is a frequent base for expeditions to the and Huayhuash.

In the streets surrounding the , the "paraditas" (s) of local sellers offer craft products such as textiles (carpets, sweaters, etc.), "cuarteados" (a typical dessert from made by mixing manjarblanco and fruit cake), boxes of manjarblanco, butter, cheese, honey, smoked and salty hams, etc.