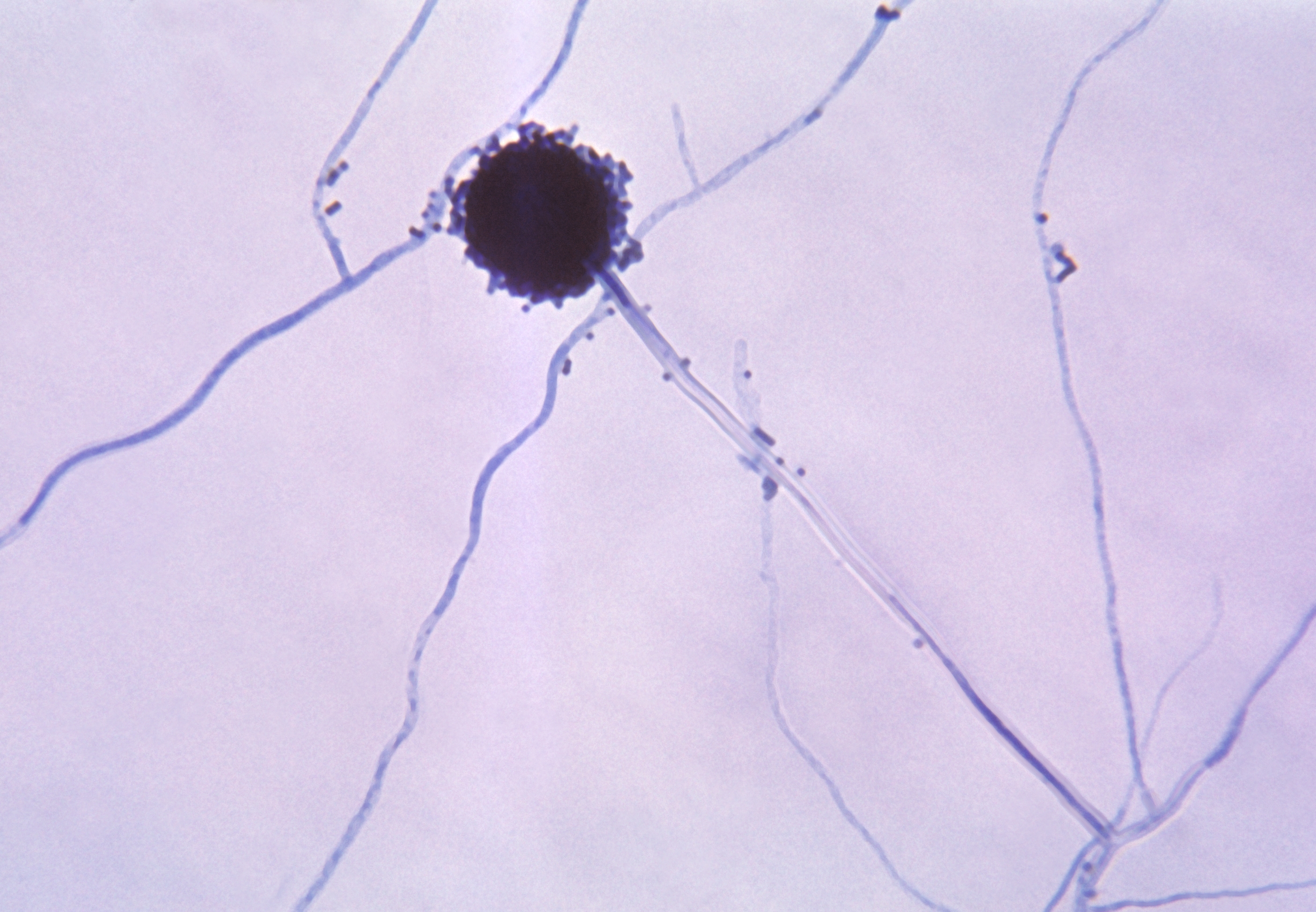 "Aspergillus" is a of around 200 found throughout much of nature worldwide. "Aspergillus" was first catalogued in by the Italian priest and biologist . Viewing the fungi under a , Micheli was reminded of the shape of an (holy water sprinkler), and named the genus accordingly.

"Aspergillus" species are highly and are found in almost all oxygen-rich environments, where they commonly grow as s on the surface of a substrate, as a result of the high oxygen tension. "In recent studies, increased levels of Reactive Oxygen Species (ROS) were shown to be correlated with increased levels of biosynthesis in aspergillus parasiticus."(3) Commonly, fungi grow on carbon-rich substrates such as s (such as ) and (such as ). "Aspergillus" species are common contaminants of starchy foods (such as bread and potatoes), and grow in or on many plants and trees.

In addition to growth on carbon sources, many species of "Aspergillus" demonstrate y where they are capable of growing in nutrient-depleted environments, or environments in which there is a complete lack of key nutrients. "A. niger" is a prime example of this; it can be found growing on damp walls, as a major component of .

Species of "Aspergillus" are important medically and commercially. Some species can cause infection in humans and other animals. Some infections found in animals have been studied for years. Some species found in animals have been described as new and specific to the investigated disease and others have been known as names already in use for organisms such as saprophytes." More than 60 names of species of Aspergillus are encountered in the literature of pathology"(4) For humans cases a whole range of affections such as affection to the external ear,skin lesions, and ulcers classed as mycetomas. Others are important in commercial microbial fermentations.

For example, alcoholic beverages such as Japanese are often made from rice or other starchy ingredients (like ), rather than from grapes or malted barley. Typical microorganisms used to make alcohol, such as yeasts of the genus , cannot ferment these starches, and so "koji" mold such as "" is used instead.

Members of the genus are also sources of s that can be used in the development of medications to treat human disease.

Perhaps the most well-known application of "A. niger" is as the major source of ; this organism accounts for over 99% of global citric acid production, or more than 4.5 million s per annum. "A. niger" is also commonly used for the production of native and foreign , including and hen egg white . In these instances, the culture is rarely grown on a solid substrate, although this is still common practice in Japan, but is more often grown as a submerged culture in a . In this way, the most important parameters can be strictly controlled, and maximal productivity can be achieved. It also makes it far easier to separate the chemical or enzyme of importance from the medium, and is therefore far more cost-effective.

"A. nidulans" has been used as a research organism for many years and was used by to demonstrate in fungi. Recently, "A. nidulans" was one of the pioneering organisms to have its sequenced by researchers at the . Now, many "Aspergillus" species have had their genomes sequenced, including "A. fumigatus", "A. oryzae" and "A. niger".

It has been shown that oxidative stress is recognized as a trigger of different metabolic events in all organisms. Research show that "the lack of the ApyapA gene leads to an increase in oxidative stress,premature conidiogenesis and aflatoxin biosynthesis."(3) During this study, "the ApyapA orthologs have also been shown to be part of the antioxidant response in other fungi."(3)

Some "Aspergillus" species cause serious disease in humans and animals, and can be ic. The most common causing invasive disease are "" and "". Aspergillus flavus producesaflatoxin which is both a toxin and a carcinogen, and which can potentially contaminate foods such as nuts. The most common causing disease are "Aspergillus fumigatus" and "". Other species are important as agricultural pathogens. "Aspergillus" spp. cause disease on many grain crops, especially , and synthesize s including .

is the group of diseases caused by "Aspergillus". The most common subtype among paranasal sinus infections associated with aspergillosis is aspergillus fumigatus.(1) The symptoms include fever, cough, chest pain or breathlessness, which also occur in many other illnesses so diagnosis can be difficult. Usually, only patients with already weakened s or who suffer other conditions are susceptible.

Aspergillosis of the air passages is also frequently reported in birds, and certain species of "Aspergillus" have been known to infect insects.(4)