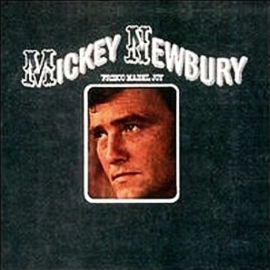 Frisco Mabel Joy""' is the 1971 by Country singer-songwriter . The album includes the original version of "", which later performed in his Las Vegas shows with much success. The other standout tracks are "The Future's Not What It Used to Be", "Mobile Blue", "Frisco Depot" and "San Francisco Mabel Joy".