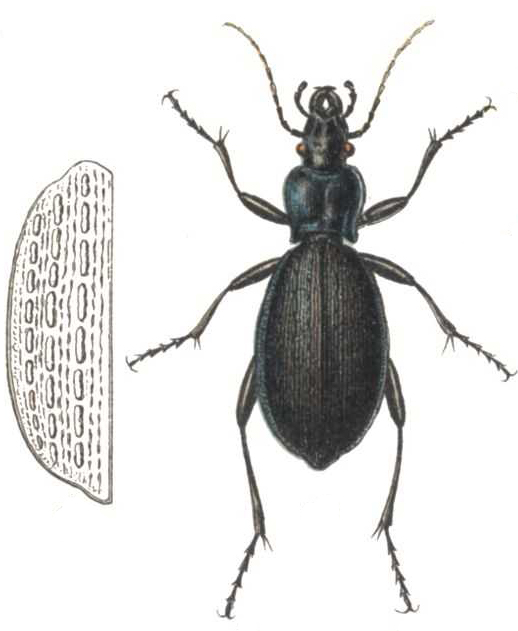 A large beetle (24-35mm in length), with a metallic purple or blue, roughly surfaced - second pair of wings (which is used by for flying) under the elytras is reduced. It was only recorded three times in the twenty years prior to 1993 and was considered extinct in Britain until a specimen was found in 1994

"C. intricatus" are nocturnal carnivores, and tests have shown they prefer a certain species of slugs from Limax genus, especially "". They were also found to have a taste for liver, dog food and crabsticks.In the wild, the adults are found under bark on deadwood, and under rocks. It does not requite ground vegetation, and likes damp, rotten, moss-covered wood.

The beetles seem to be active throughout the year and a fully-grown larva has been found in summer. This specimen also ate slugs prior to pupating, and emerged as an adult some three weeks later. It is thought that it may take two years to complete its life cycle. The adults are very long-lived.