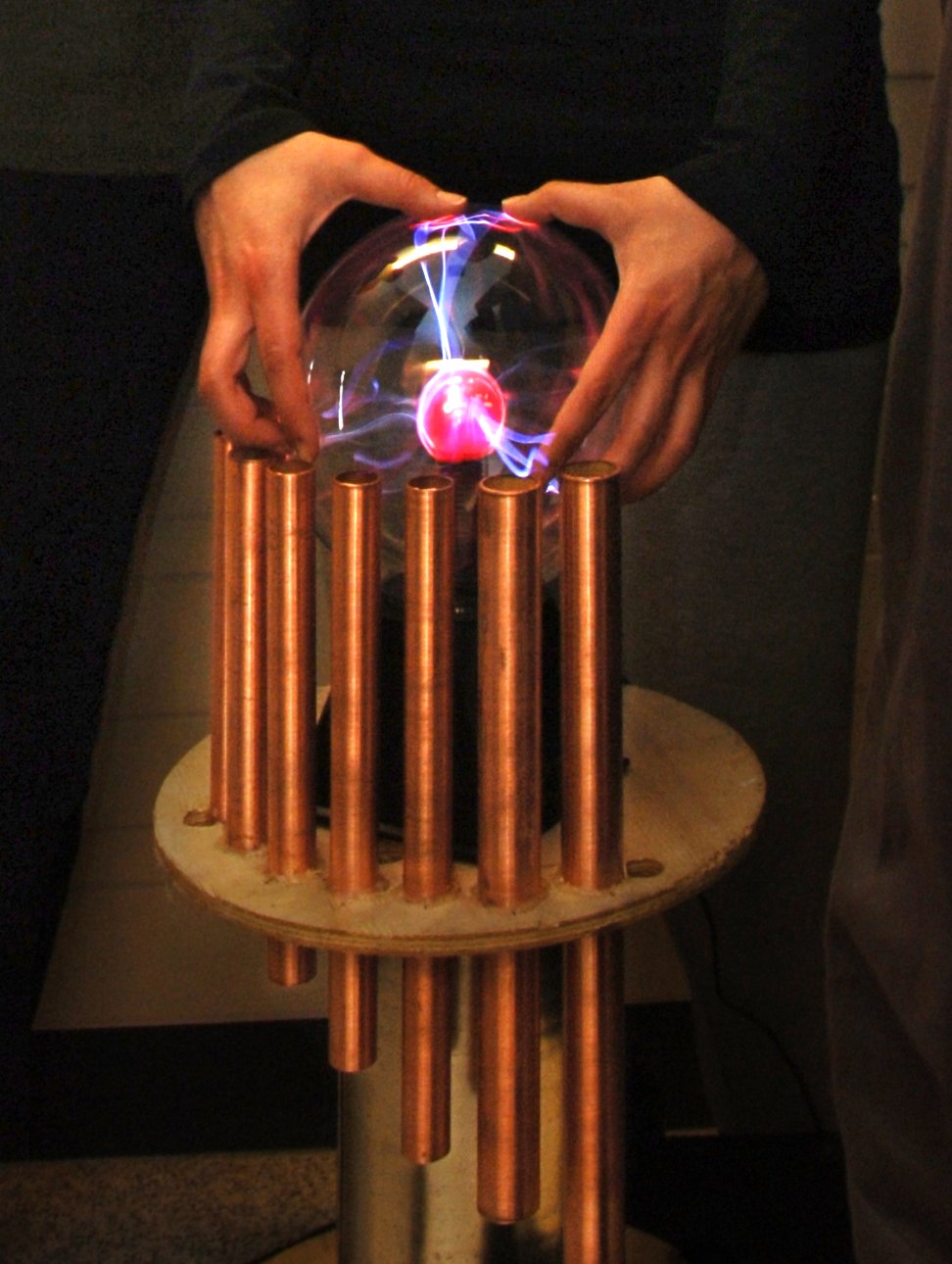 A plasmaphone is a musical instrument that produces sound in plasma, or ionized gas, with or without later amplification, processing, or the like.

The plasmaphone was introduced, in public performance, at the New Interfaces for Musical Expression (NIME) conference in 2007, where it was played together with a in a concert that took place in a pool located in New York City.

A plasmaphone performance was also part of the Immersive Music theme of ICMC 2007. In keeping with the spirit of ICMC's 2007 theme, Immersed Music, the instrument used here was an underwater plasma instrument, in which clear plastic trays of water were hung from sounding pipes. The initial sound-production medium was underwater plasma. Due to health and safety reasons, the plasma was not generated in pool water, but, rather, in separate containers of water, in order that bathers in the Swim Center's pools not be exposed to any danger.

Plasmaphones may involve either or both of:
*Open flame (in which case it is subclassified as a );
*Electrical discharge (sparks, etc.).

Typically the player touches one or more flames or electrical/spark sources in order to play the instrument.

Comparison with instruments in other states-of-matter