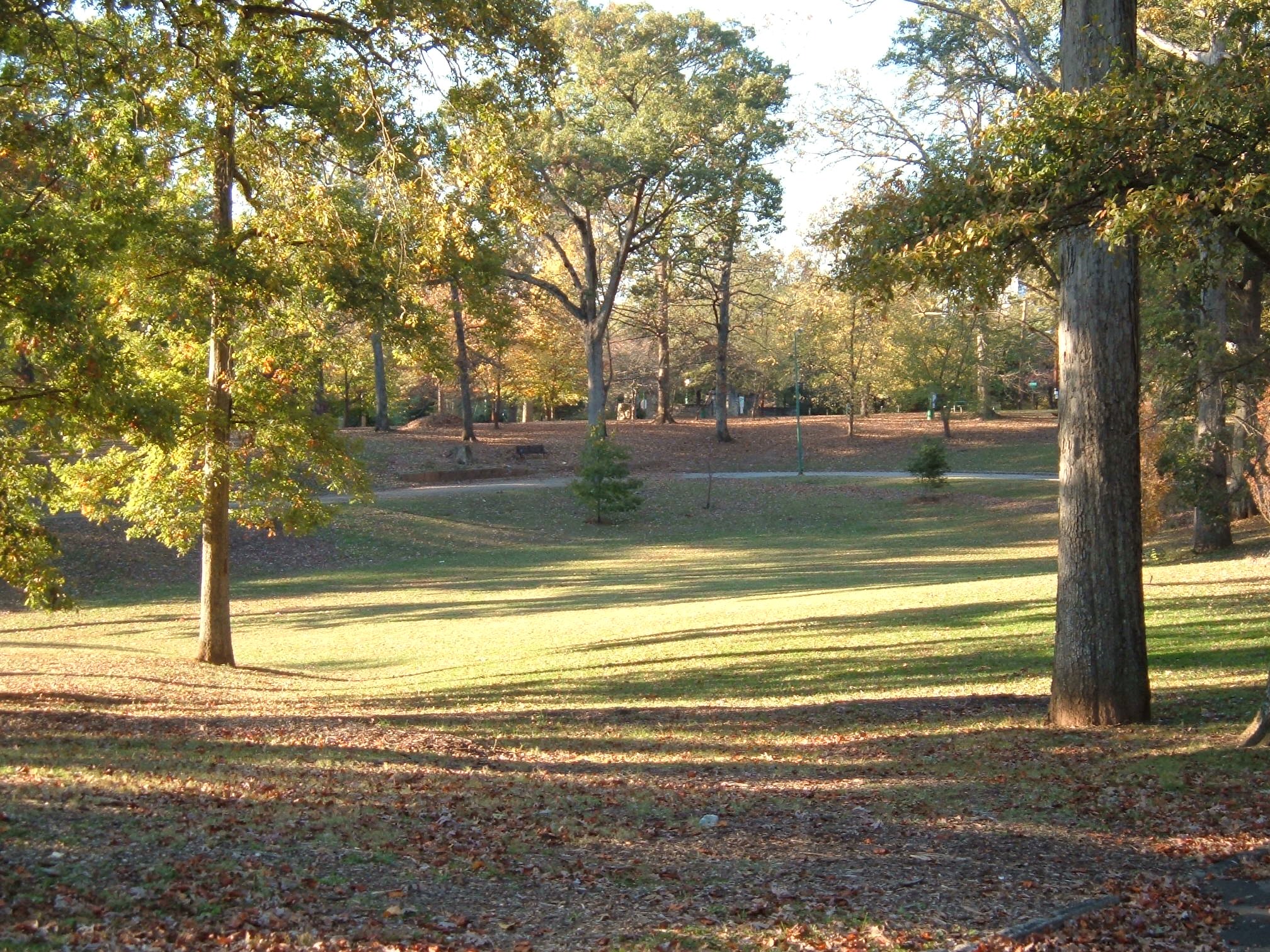 Grant Park is the oldest in Atlanta, Georgia, . Fourth in size only to , Freedom Park and , Grant Park has two major attractions besides the park itself: , established in 1889 and originally known as the Grant Park Zoo; and the , a featuring the 1864 from the . The park serves over two million visitors per year.

Grant Park was established in 1882 when , a successful and businessman, gave the city of Atlanta 100 s (40 s) in the newly-developed "" where he lived. In 1890, the city acquired another 44 acres (17.6 hectares) for the park and appointed its first park commissioner, . In 1903, the (sons of ) were hired to create a plan for the park. The original park included a lake named to handle storm-water runoff.

A failed gave birth to the eventual Zoo Atlanta when local merchant purchased animals from the circus and donated them to the city in 1889. The city decided Grant Park was the best location for the and carved space out for the attraction. Later zoo expansions and parking requirements caused the removal of a portion of the . In 1892, the circular of the Battle of Atlanta was exhibited in the park. The cyclorama would eventually gain its own dedicated building in the park in 1921.

After years of neglect and abuse, in 1996 the City of Atlanta Parks Bureau commissioned a new master for the park. The s working on the plan met with a citizen advisory group that would eventually become the . The Conservancy works to raise funds to enhance and protect the park for the enjoyment of all its visitors.

Grant Park is also the in-town surrounding Grant Park, and is Atlanta's largest neighborhood. It includes the 88 s or 35 s of (established 1850), where , Bobby Jones, 25 former , six former , and many Civil War dead are buried. It also includes the , , and the for which the area was named. The [http://www.grantpark.org Grant Park Neighborhood Association] represents local residents.

The Neighborhood is home to , which for a time in the early 1900s had the largest congregation in the Southeast, and which continues to be a thriving congregation welcoming to all people. St. Paul is well known for its beautiful windows and an organ that was acquired in 1887. Each December, St. Paul and the [http://www.gpcp.org/ Grant Park Cooperative Preschool] , which is located on the first floor of St. Paul, host the Grant Park candlelight tour of homes and artist market.