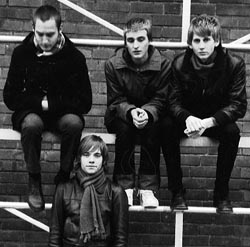 Lola Barbershop was formed 1998 in , and played together until 2006. During the years the band played more than 100 live shows all around . In the spring of 2000 the bands first and only single was released, "Sportsman EP" (TPCD4). Lola Barbershop also released some tracks on different compilations.

The band split up after one of the band members (Anders Johansson) was killed in a tragic car accident on , . The band felt that to continue with Lola Barbershop after that was impossible. Anders was so much the heart and soul of the band. A Lola Barbershop without Anders wouldn't be the same band. So because of that after eight years together they decided to cancel the band [ [http://www.lolabarbershop.com/english.htm PM at the official website] (accessed June 16 2007)] .