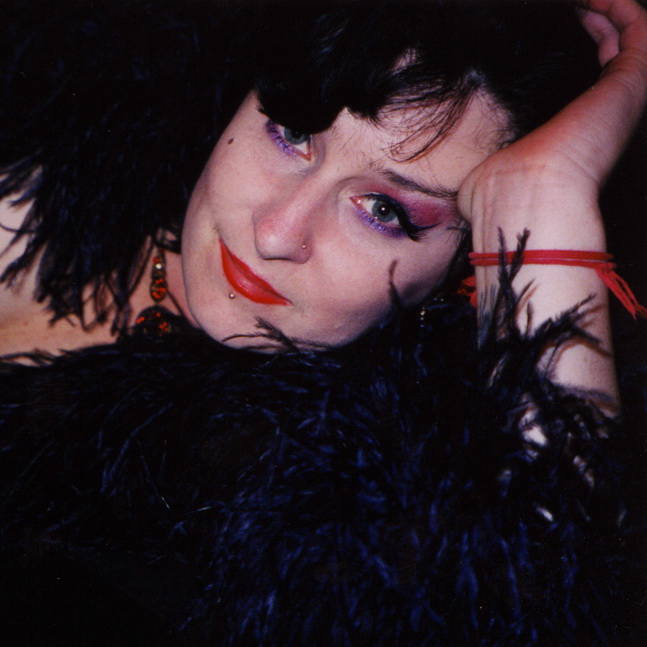 Pearly Black (born February 1967) is an n . Her performance style varies widely, performing with several ensembles in different genres and in short-run shows. She is perhaps best known for collaborations with avant-garde composer and musician John Rodgers, including their "sex-and-death-cabaret-rock" band which developed a cult following in and .

She moved to in the early 1990s (with John and other Brothel members) and worked extensively over the next 10 years in many diverse settings. Apart from performing solo and with Madam Bones Brothel, she was a member of acoustic prog-rock duo , 's folk-noir ensemble Hood, [ [http://www.robincasinader.com/history.htm robincasinader - about robin ] ] stadium-disco band , and the short-lived latin/cabaret quartet Las Tangolitas.

During her time in Melbourne, Pearly also sang with (the Melbourne Women's Bulgarian Choir) and performed as a local cast member for dance troupe Stomp.

In 2003, Pearly lived in and studied at the Conservatory of Music and with . She was a member of the .

She returned to Brisbane in 2004 and once again began collaborating with John Rodgers. She has performed with John and other musicians in many and varied circumstances including in the gospel revue , [ [http://profile.myspace.com/index.cfm?fuseaction=user.viewprofile&friendID=127809751 MySpace.com - Tell Heaven - Bluegrass / Soul / Folk - www.myspace.com/tellheaven ] ] in the transcendental cabaret "The Ultimate Prize - A John Rodgers Retrospective", [ [http://www.leahcotterell.com/03_projects/ultimate.htm Leah Cotterell ] ] and with The God Botherers (the precursor to Tell Heaven).

She was a member of the cast in 2004 for "Women in Voice", Brisbane's annual singing showcase, alongside Chrissy Amphlett and . Her performance was described as having a smoldering moodiness. [ [http://www.abc.net.au/brisbane/stories/s1092407.htm Women in Voice XIII :: Theatre Review :: ABC Brisbane ] ]

She continues to perform regularly in Brisbane and less regularly in Melbourne. She also offers singing tuition in styles ranging "from jazz to heavy metal". [ [http://www.blackcherry.com.au/singing.html Pearly Black, singer ] ]

John chose not to follow a promising career in the classical field and , formed with Pearly, was a sharp rejection of all things represented in the highly-controlled world of classical music. As a composer, John is highly regarded for his creative genius [ [http://www.aao.com.au/people/current_musicians/john_rodgers/ Australian Art Orchestra: John Rodgers ] ] and a vast amount of this uniquely brilliant music has been written for Pearly to perform. The material in Madam Bones Brothel (composed by John) ranged from funk to rap, jazz to rock, country to flamenco, often in the same set.

Madam Bones Brothel has not performed since 2000 but John and Pearly continue to play music together. John plays with Pearly in the gospel group and they also play as a duo for special events (sometimes performing Madam Bones Brothel songs). John played in the "Women In Voice" band in 2004 when Pearly was a featured star and one of the songs she performed was "The Ultimate Prize", a song previously recorded by The Brothel. In recent years, John has received several major grants to compose music for large shows and Pearly has often been included in the cast. Pearly sings the lead vocals in John's most recent large-scale musical theatre piece, "The Dream Catchers". [ [http://www.qmf.org.au/02_cal/details.asp?ID=28 The Dream Catchers ] ]