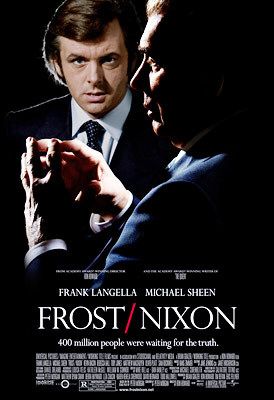 "Frost/Nixon" is a 2008 based upon the play of the same name by . The film version is directed by and produced by of and and of for . The film reunites its original two stars from the London and Broadway productions of the play, as former and as British TV broadcaster . Filming began on August 27, 2007.

The film focuses on a series of interviews that () conducted with () in 1977.

Other personalities depicted in the film include , , Michael York, , and .

The film will have its world premiere on October 15, 2008 as the opening film of the 52nd annual .