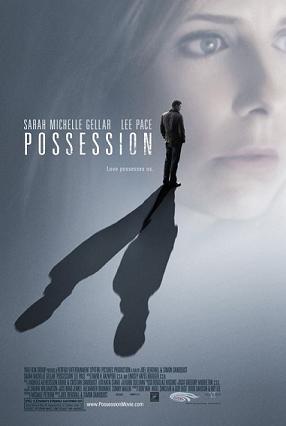 "Possession" is an upcoming psychological drama starring and . The film is based on the 2002 South Korean film "Addicted".

It was originally known as "Addicted" and while news of the name change emerged in early August 2007, it was mid December before it was confirmed by the producers with not being sure of its name in the intervening period.

Jess (Gellar), a woman whose life turns surreal after an automobile accident leaves both her husband Ryan and her brother-in-law Roman (Pace) in a coma. Things take an even darker turn when Roman wakes believing that he is Ryan. As Jess tries to deal with these increasingly disturbing events, she also struggles with the possibility that either the spirit of her husband has returned to her or that something very sinister is at work.

It had had a number of release dates, ranging from January 29, 2008 (according to the Yari Group website) to October 3, 2008, according to a number of film websites. According to a report on one website, its release has been further pushed back to January 23, 2009.

The film is set in San Francisco, however it was filmed in Vancouver, British Columbia.

The film is funded and will be distributed by Yari Film Group (YFG) [http://www.imdb.com/title/tt0368563/companycredits] .