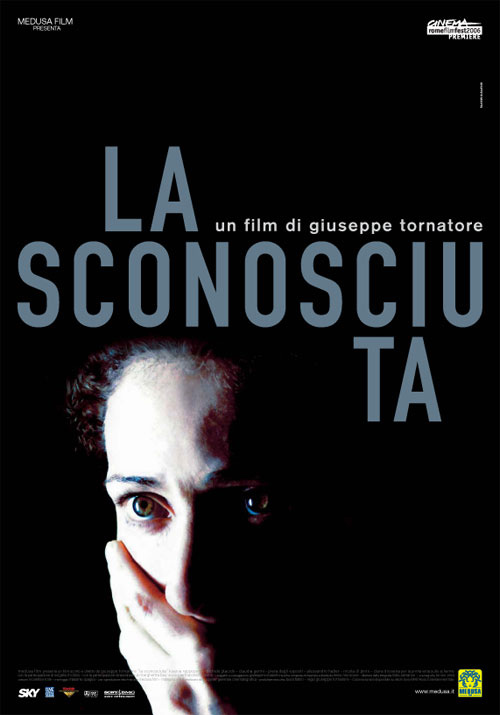 "La sconosciuta" (2006) also "The Unknown Woman" or "The Other Woman" (U.S. release title, 2008) is an enigmatic Italian psychological thriller directed by that explores the problem of human trafficking and violence against women.

Irena (), a Ukranian prostitute on the run, is determined to find a job in an elegant apartment building in northern Italy, and starts by cleaning the stairs. She does it in order to inch her way into working for a family residing in that building. She befriends Gina (), the nanny of the family's child, Thea (), who also lives with them in their apartment. When the nanny is crippled in a fall -- tripped by Irena -- but presumed to be accidental, Irena is hired to take her place. [http://www.jff.org.il/?CategoryID=483&ArticleID=376] Through flashbacks, viewers learn that Irena has been physically and emotionally abused, and forced to bear nine children, all taken away at birth to be sold to adoptive families. After stabbing her pimp and leaving him for dead, she sets out to find her youngest child, whom she believes is Thea; hence the plot to work for them. Adoption documents in the apartment convince her that Thea is indeed her daughter. The mother grows suspicious of Irena and fires her, despite the loving relationship that has grown up between Irena and the child. Irena's pimp stalks her and sends out thugs to beat her up as she walks down the street. He rigs her employer's car, leading to a crash in which Thea's mother is killed. The pimp forces Irena to drive him to the local dump, where she kills him in self-defense. Thea's father moves to a new apartment and prepares a room for Irena, but she is arrested for murder, tried, and sent to jail. Thea stops eating until the judge allows Irena to visit her in the hospital and feed her. DNA testing reveals that Thea is not her daughter after all.