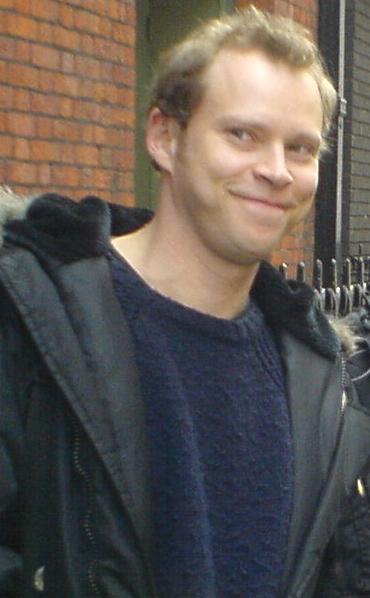 Robert Webb (born , ) is an English , and , and one half of the double act, alongside David Mitchell.

Webb is originally from the village of in . Webb's parents divorced when he was very young. As a child Webb was "hugely spoilt". He was educated at Queen Elizabeth's Grammar School in Horncastle. [cite news|url=http://www.horncastlenews.co.uk/news/COMEDY-STAR-GOES-BACK-TO.1444740.jp|title=Comedy Star Goes Back to School|accessdate=2008-04-19|date=|publisher=Horncastle News] His older brothers went to a local . One became a bus fitter, and the other became a potato wholesaler. While Webb was in the lower sixth form preparing for his A-levels, his mother died of , and he moved in with his father and re-sat his A-levels. He went to at the age of 20 where he studied English and was a member of the . [cite news|url=http://www.guardian.co.uk/theguardian/2005/dec/03/weekend7.weekend1|title=Q&A Robert Webb|accessdate=2008-04-19|date=|authr=Rosanna Greenstreet|publisher=] He met Mitchell during a Footlights production of "" in 1993.

Both also wrote for and appeared in the BBC sketch show "Bruiser", Armstrong and Miller, and series two of "". They often appear with , who was in "Peep Show", "That Mitchell and Webb Sound" and "Bruiser". He played 'Mac' in the UK version of Apple's '' adverts.

He and also featured as a couple in "Confetti", a 2006 film about a competition for the most original wedding. Webb has since publicly criticised the film, saying "I had a miserable time making it and I think the finished film is an underwhelming mess."

In June 2008, Webb appeared as a celebrity guest in the culinary show, ""

Also in 2008, Webb made his West End stage debut in the UK premiere of 's "", co-staring as Tom alongside , and upcoming star Ella Smith. [cite news|url=http://www.thestage.co.uk/reviews/review.php/20820/fat-pig|title=The Stage Review of Fat Pig|accessdate=2008-08-11|publisher=The Stage]