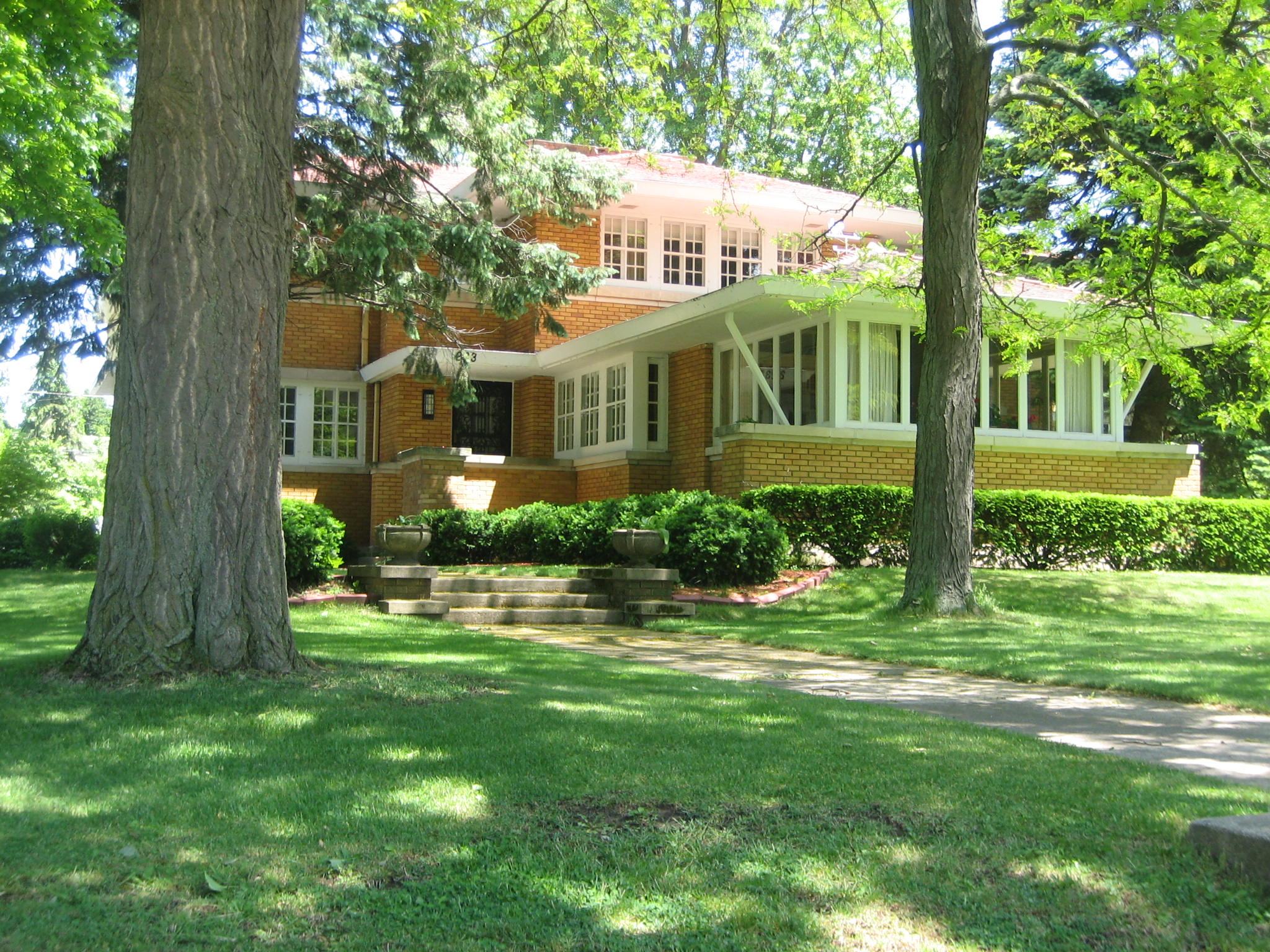 The Anderson House was probably designed sometime around 1913 by native , the house was not built until 1916.

In 1916 the lot was purchased by a local clothing merchant, Andrew O. Anderson, a Swedish immigrant. Anderson lived in several locations around DeKalb including the Glidden House Hotel before he and his brother Frank decided to build homes for their respective families. Oral tradition has held that the two brothers, and business partners held a friendly based on which brother found a better design for their home. Anderson sought out a noted Prairie style architect after being impressed by such a home in . The home in Maywood that had impressed Anderson was designed by Van Bergen who had worked and studied under , Roberts, and . By 1916, Van Bergen would become the best "imitator" of Wright and was noted for his residential work.

The house is a distinct example of the Prairie style of first pioneered by Frank Lloyd Wright. The design, by Prairie School architect John S. Van Bergen, is nearly identical to one of his early commissions in Wilmette, Illinois, the .

Though the home has had alterations, it looks much the same as it did in a 1924 photograph.

The original home, as designed by Van Bergen has long been mistaken for a Frank Lloyd Wright design.

Van Bergen's design for the Anderson House does deviate from the typical Wright-designed Prairie style house. Wright's early Prairie designs were characterized by the use of cubes and blocks; a good example is the in Chicago, a structure Wright designed while working for Adler and Sullivan.