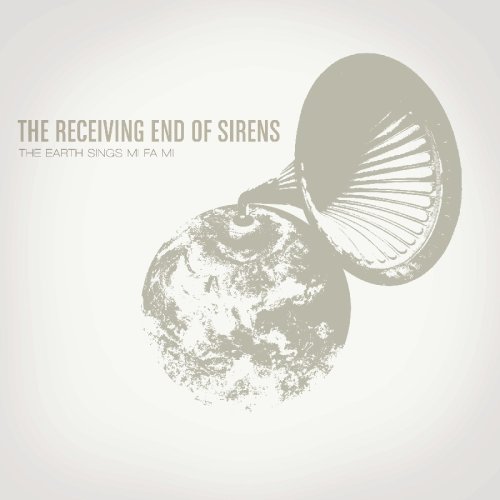 "The Earth Sings Mi Fa Mi" is the second studio album by Boston experimental rock band . It is the band's first album with guitarist/keyboardist Brian Southall who joined the band after the departure of guitarist/vocalist . This album was produced by Matt Squire (, , ). Writing for the album occurred from October 2006 to January 2007. As of August 2, 2007 the retail version of the album was posted for streaming on the band's [http://www.myspace.com/thereceivingendofsirens Myspace page] . The album peaked at #130 on the Billboard 200, #3 on Top Heatseekers, and #15 on Top Independent Albums.

"All music by The Receiving End of Sirens. All lyrics by Brendan Brown."

From the [http://www.absolutepunk.net/showthread.php?t=241591 album press release] via :

"The title, "The Earth Sings Mi Fa Mi" was taken from a book written by a late 16th century astronomical theorist by the name of [""] and the publication just fascinated the band. Kepler’s theory suggested that each of the 9 planets in our solar system produced tones as they orbited the sun. Throughout the orbit, would stay a consistent note that was considered the 6th in relation to the rest of the planets. As Earth would shift its tonality, it would create the effect of the notes moving from the major 6th to the minor 6th and back and forth. This is where the “Mi Fa Mi” comes into action, symbolizing the corresponding syllables when singing a scale in relation to the notes of the earth {Do Re Mi Fa So La Ti Do}. Kepler further concurred that the “singing” Mi Fa Mi could truly stand for Misery, Famine, Misery and ultimately, that is the song the Earth and Venus continued to sing. , referring to an empty place and , referring to the appetite or thirst for things."

Through the band's album website, in a section called " [http://www.theearthsingsmifami.com/behindtherecord Behind The Record] ," TREOS discussed a different song from their new record each day, leading up to the release on August 7th - occurring in the same order as the track listing. Each band member put together their personal account of writing and recording each song, which helped fans gain insight into lyrical, song, and conceptual meanings. Along with the entries about each song, 30 second clips of the day's song were uploaded so that fans could listen as they read.