:"Akvarium" redirects here. It is also a nickname for a building at the headquarters of the Russian Foreign Intelligence Service, or that as an organization."Infobox musical artist
Name = Aquarium (Аквариум) 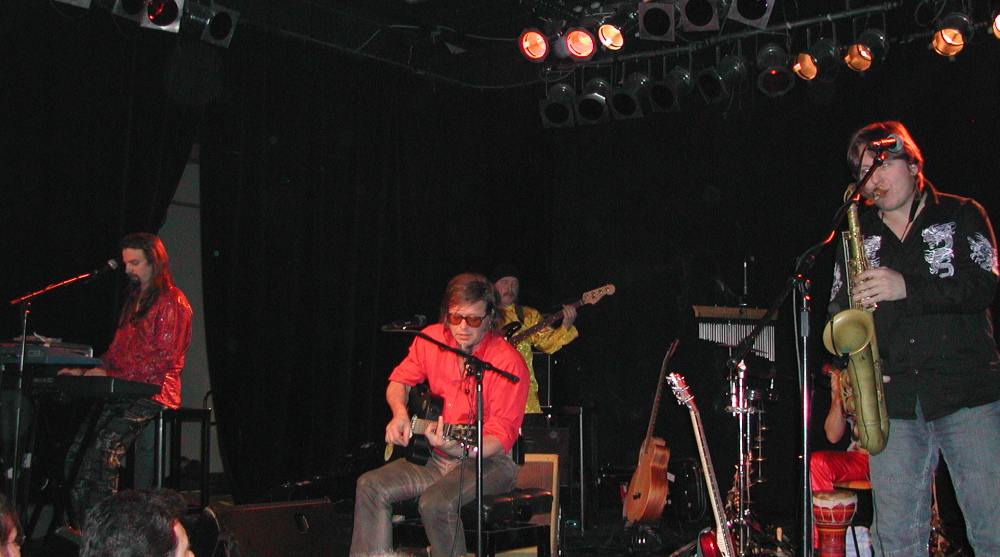 Aquarium ( _ru. Аква́риум) is a group, formed in Leningrad in by , then a student of Applied Mathematics at , and Anatoly (George) Gunitsky, then a playwright and absurdist poet.

In the 1970s and early 1980's, was strictly regulated in the Soviet Union and,only a few artists managed to be approved and signed by the government record label , and Aquarium's usual concert venues were private apartments while facing many years of fierce competition to land a spot in the label. These "apartment concerts" ("квартирники") were a unique Soviet phenomenon, created by underground musicians. They were usually "unplugged", as noise would cause the neighbors to alert the authorities. The limited space fostered an atmosphere of intimacy between the group and its audience, listening with bated breath, with perhaps someone recording it on a simple tape recorder. This was similar to the concepts of the Russian bards, however Aquarium were admittedly much more influenced by Western rock music, particularly by , , ,, acts Jethro Tull, and and also new wave and artists. Thus their compositions were considerably more complex and their lyrics covered a broader range of topics, showcasing Grebenshchikov's notable erudition in ic and n cultures, among other things.

Until 1987 Aquarium recorded all of their albums in live concerts and in a self-assembled underground studio (several members had engineering education) disguised as a "Young Technicians Club" (for the album "Radio Africa" () a government-owned mobile studio was secretly used, after bribing a technician). Despite those hard conditions, the recording quality was rather high and Aquarium's albums between 1980 and 1987 are considered by most fans as their best.

The advent of in 1985 brought many underground Russian rock musicians to public recognition and Aquarium became one of the most popular acts. They were allowed to play in large concert halls, appeared on the state-owned television and recorded soundtracks for several films, most notably "ASSA" [http://www.imdb.com/title/tt0094683/] . In they recorded their first album for the state-owned record label. With official backing and legalized distribution the album was a huge hit in USSR, selling well over a million copies within a few months. This was, however, the last album recorded by this Aquarium line-up and the band broke-up shortly afterward. Grebenshchikov released two albums in English and toured with several different backing bands. In after the break-up of the Soviet Union he released under the name BG-Band "The Russian Album", a collection of melancholic folk songs influenced by his travels all over Russia and demonstrating a return to his Russian roots. Shortly afterwards BG-Band was renamed Aquarium although most of the musicians were different. This band continued to release more albums and touring extensively all over the former Soviet Union and Eastern Europe and also appearing in front of Russian-speaking immigrant communities in , and .

Documentary films about "Akvarium" and Grebenshchikov