The Chilean manual alphabet is used by the Chilean Deaf community to sign Spanish words, and is incorporated into Chilean Sign Language. It is a one-handed alphabet, similar enough to the American (Usonian) manual alphabet for the two to be mutually intelligible, except for the letters Q (touch the jaw), T (touch the lips), S and X (trace the letter shapes, as is done with Z), U (horns, like a 7 or 8), and the additional letter Ñ (a rocking N). 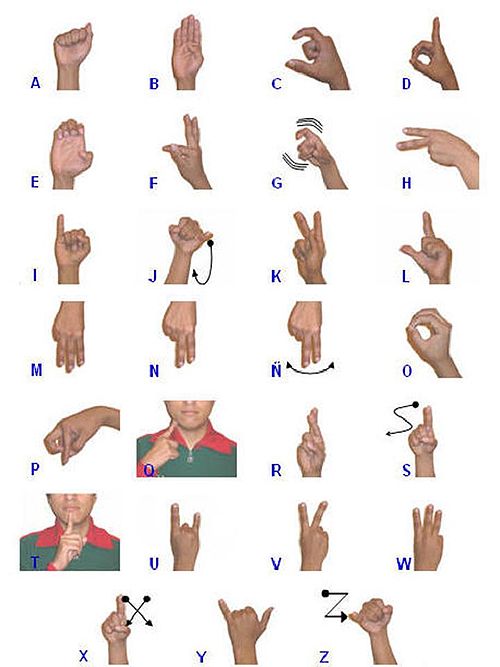