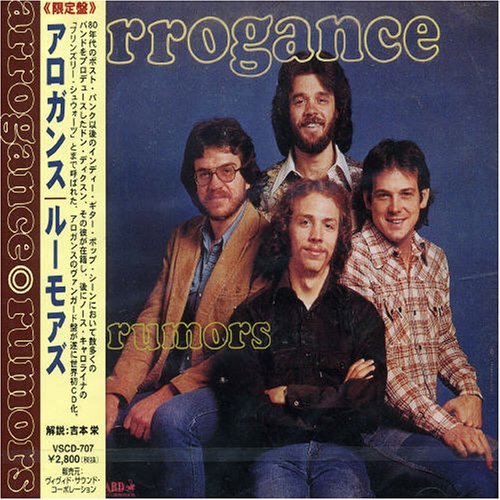 "Rumors" is the third album by the North Carolina band Arrogance, released in 1976 (see ). It was their first album on a major label, . In 2000, released all of Arrogance's albums on his own label, Dixon Archival Records. The version of "Rumors" contained two bonus tracks, demos of "Open Window" and "Final Nickel" recorded at Charlotte's Reflection Sound Studios in 1975.