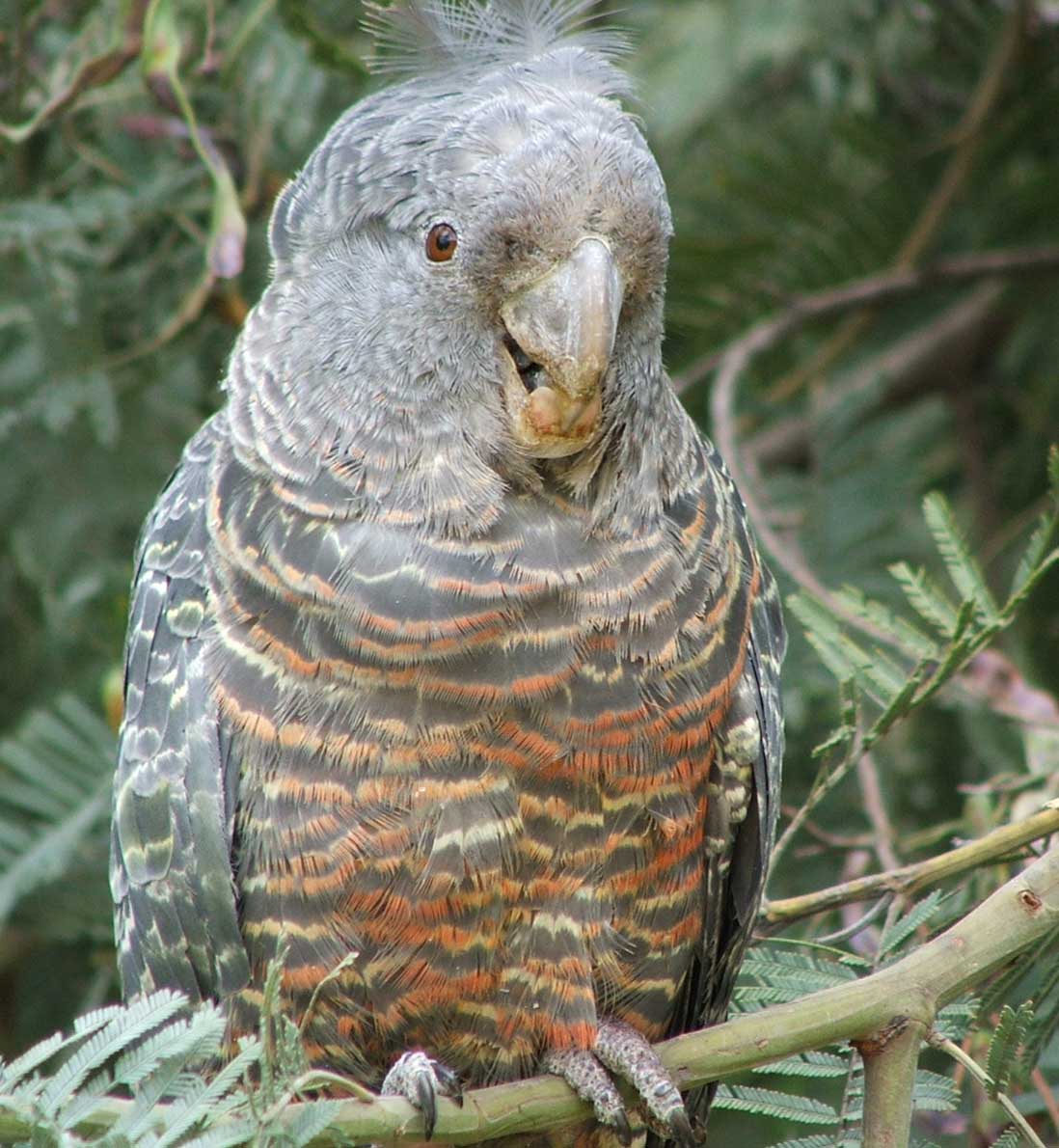 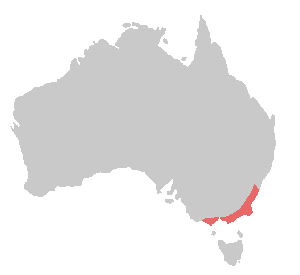 The Gang-gang Cockatoo, "Callocephalon fimbriatum," is found in the cooler and wetter forests and woodlands of , particularly . Mostly mild grey in colour with some lighter scalloping (more pronounced and buffish in females) the male has a red head and crest, while the female has a small fluffy grey crest. It ranges throughout south-eastern Australia and . The Gang-gang Cockatoo is the faunal emblem of the . It is easily identified by its distinctive call, which is described as resembling a creaky gate, or the sound of a cork being pulled from a wine bottle.

The name "Gang-gang" comes from a Aboriginal language, either or . It is possible both language groups called it that.

Unlike most other s, Gang-gangs nest in young, solid trees, the females using their strong bills/beaks to excavate nesting cavities. Lots of older, hollow trees and loss of feeding habitat across south-eastern Australia through land clearing has led to a significant reduction in the numbers of this cockatoo in recent years. As a result, the Gang-Gang is now listed as vulnerable.

This particular species was most often allied with the white cockatoos of the genus "". This has always been controversial due to the unusual appearance and coloration of the bird, especially its . New research has finally resolved the matter, with the Gang-gang Cockatoo being recognized as a distinctive early offshoot of the calyptorhynchine (dark) cockatoos (Brown & Toft, 1999). Considering the robust phylogeny of the cockatoos now established, a comparison of characters gained and lost during the evolution of cockatoos suggests that the Gang-gang Cockatoo - while of course much changed and adapted during the maybe 20 million years since its last common ancestor with any other living species lived - is probably still very similar in overall appearance to how the earliest cockatoos would have looked, and certainly the most primitive-looking of the species alive today.