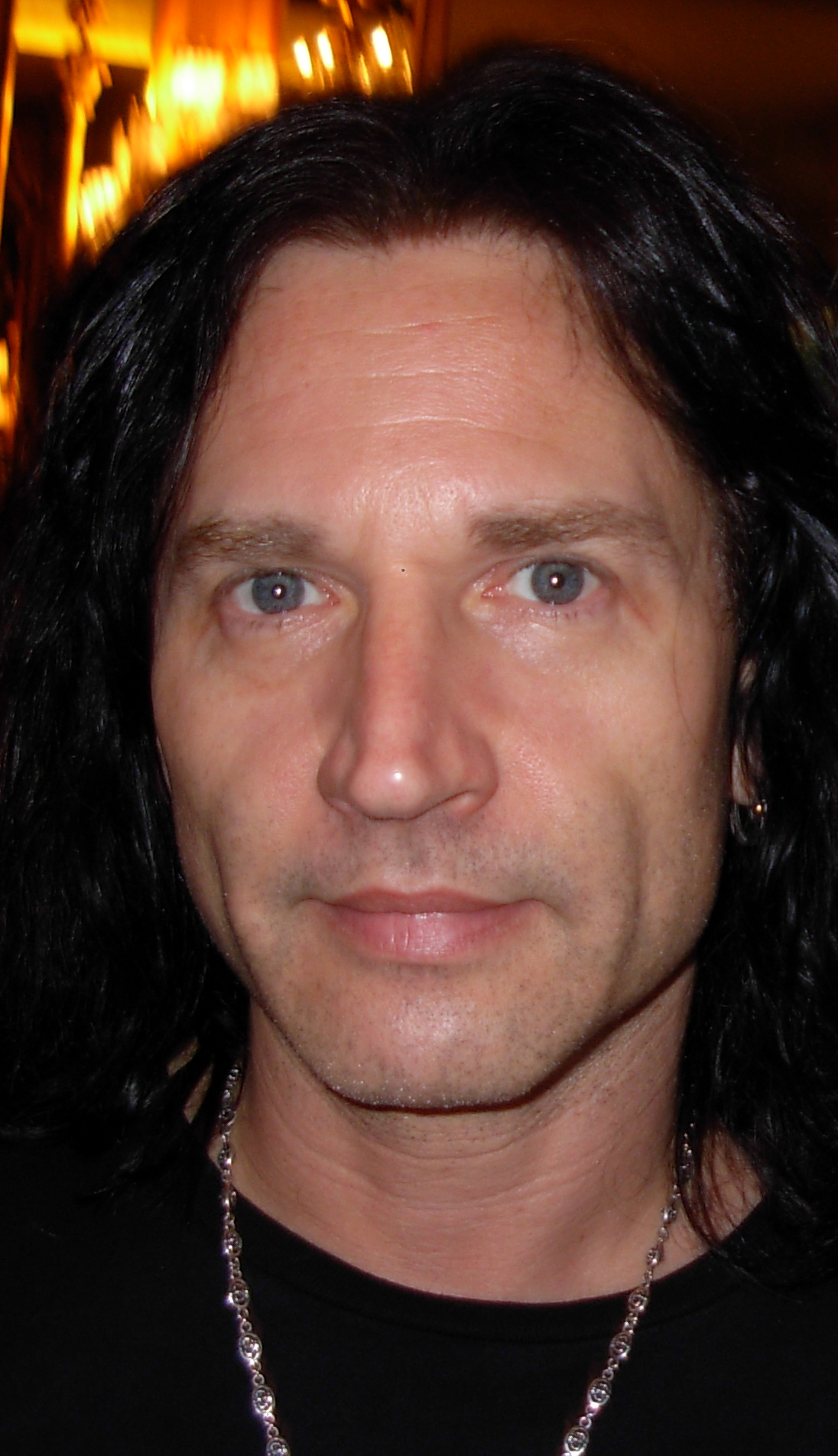 Eric Doyle Mensinger (born , in ), better known as Eric Singer, is a and Heavy Metal for the rock band Kiss and singer . Over the past two decades Eric has appeared on over 50 albums.

Singer began playing drums from an early age, and was inspired by bands such as , , , and Queen and drummers such as , , Roger Taylor, Bill Ward and .

Singer's first professional drumming job was as 's touring drummer in 1984. In 1985 he joined , replacing original drummer Bill Ward, who had left the band after the reunion. Singer would participate in the recording of the albums "" and "" and was invited by his Black Sabbath colleague to join the latter's new formed band Badlands. Singer accepted and played on the band's "self-titled debut album". Singer left the group in as he would join as his touring drummer on his solo tour of America and .

In 1991, Eric Singer auditioned for Kiss, after the tragic death of their previous drummer . Singer, who had toured with Paul Stanley on his club tour along with two years earlier, was hired and debuted with the band on the album "Revenge". He would record and tour with Kiss until 1996, when the band reunited with original drummer .

After five relatively quiet years, during which Singer toured with Queen guitarist , he was asked to rejoin Kiss in after Criss' departure shortly before the Australian and Japanese leg of Kiss' Farewell tour. Singer debuted in full Catman make-up and costume for the first time on the tour. Singer was replaced again by Criss in but returned to the band by the end of the year after and opted not to renew Criss' contract. Since then he has been playing with Kiss as their permanent drummer.

Career with Alice Cooper and other projects

Besides his work with Kiss, Singer has also been a permanent member of 's band since the release of the album "" in 2000. Singer had already performed with Cooper years earlier, during the tour for the album "". He has also occasionally performed and recorded with his own , featuring a.o. his former Kiss bandmate and singer . Three releases result from this collaboration: the studio album "Lost And Spaced" (1998), consisting completely of covers from classic rock songs; the live album "Live In Japan" (2006) and the DVD "Live At The Marquee" (2006).

Singer has also played in the band replacing drummer after a guest performance in the song "Into the Unknown" from album "". Two EPs and one full album have been released with Singer's performance on the drums: "", "", and "".

From March 2008, Singer toured with Kiss on the KISS Alive/35 World Tour playing in Australia, Europe and four dates in America. The tour is expected to continue in 2009.

Eric also joined Alice Cooper in July for the 2008 leg of the Psycho-Drama World Tour where it is to continue for the remainder of the year.

Eric chooses a variety of different drum and cymbal setups for each situation and band he works with. However he is a loyal endorser of Pearl drums, hardware and pedals (Eliminators), Attack drumheads, Cymbals and acoustic drum triggers.

Eric's cymbal setups can include up to 8 of the same 19” Z Custom Rock crash cymbal. He also uses a mixture of clear and coated Attack drumheads which he uses mainly the models. Eric uses a variety of Pearl snares live and in the studio, including his own Signature model.