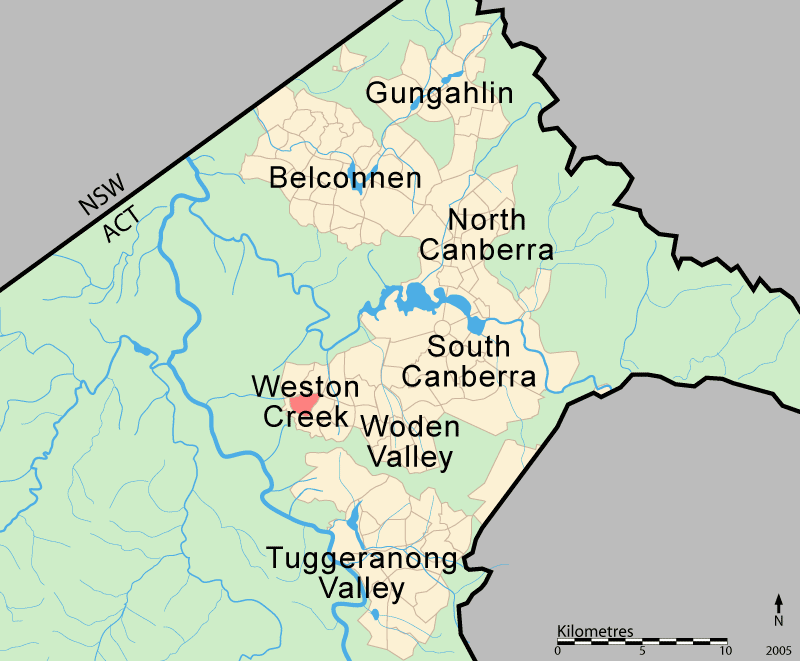 Rivett (postcode: 2611) is a residential suburb of , , , established in the late 1960s. Rivett has a population of 3230, and contains 1238 dwellings. It is situated on the western edge of the Weston Creek district.

Streets in Rivett are named after .

Several homes in Rivett were burnt, and many residents evacuated during the .

The Rivett local shopping centre is located on the corner of Bangalay Crescent and Rivett Place. The centre contains a , , convenience store and .

Educational institutions located in Rivett are:

Churches located in Rivett are:

* of the located behind the shopping centre off Rivett Place.

Health facilities located in Rivett are:

Public Transport located in Rivett are:

Rivett has extensive open spaces with playing fields on the western side of the suburb across from the shopping centre, several neighbourhood parks and pedestrian parkland weaving through the suburb.

Deakin Volcanics red-purple and green grey with spherulitic texture cover most of Rivett except for Laidlaw Volcanics grey on the southernmost quarter.
covers the center.