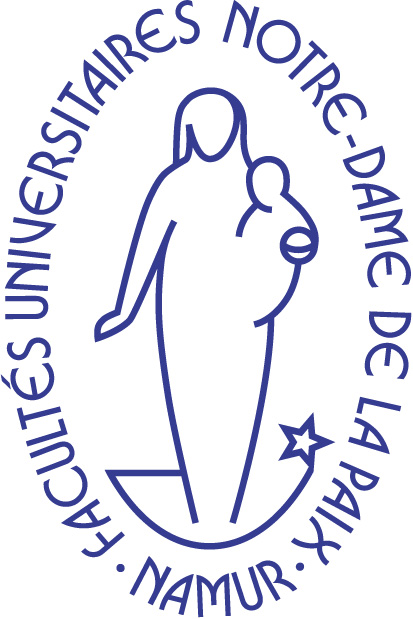 University of Namur is located in Namur, Belgium. The main campus is located at the heart of the city of Namur, capital of , although there are also other FUNDP buildings to be found in other cities such as the (Known as Charleroi Antenna). The main university campus includes the university building, the six main faculties and the university libraries.

In the spring of , the reopened a high school in what was earlier the Our-Lady of Peace benedictine abbey, in Namur. The school immediately developped into a college with the support of prominent Namurian families. They put some conditions in order to finance the new project, the most important is teaching other sciences such as philosophy with the liberty of education as proclaimed by the new .

Many expansions took place in this period, the number of students increased gradually, new sciences and study programmes were introduced.

The New Belgian law excluded the institution from getting financial support from the government. This pushed the ambitious university to rely on its own sources and funds. Despite this, in 1934, many projects were launched: new building specific to physical and chemical studies, the expansion of Bells-Lettres library, modernization of some laboratories, many new titles were added to the seminars library.

On February 18th 1948, the institution, formerly a college, changed its status to that of a university. This new status resulted in having some (limited and irregular) financial aid from the government.

Starting in 1960, after the introduction of new national financing laws, government aid increased and became regular. Many new projects and programmes came into being, improving the university's national and European visibility.

Negotiations started in September 2007 and they should lead to the creation of a new university which should be called Université Catholique de Louvain (UCL) (campuses might be identified as UCL/Brussels, UCL/Namur, UCL/Louvain-la-Neuve, UCL/Mons and UCL/Charleroi). The four universities are already part of a common group, the "Academie Louvain". Within this group, member universities have coordinated their masters programmes in the fields of economics, management, political sciences and sciences.

* , literature, private secretary of the King of Belgium