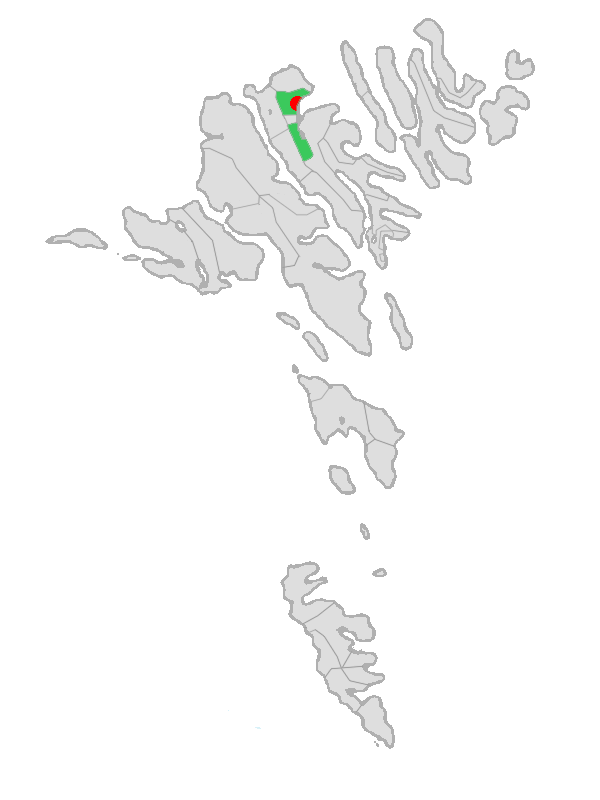 To the west of the village rises the highest mountain in the Faroe Islands: (882m).

Tradition says that the first who settled on the Faroe Islands settled in Funningur. His name was , a Norwegian escaping the tyranny of the Norse king Haraldur Hárfagri. However, this is an error in this saga, because Harald's age was in the late , while the first Norse settlers reached the Faroes after . (Actually, Irish monks arrived much earlier ca. 625–650).

About 110 people live in Funningur on both sides of a cascading stream in a compact cluster of houses around a small bay. The wooden turf-roofed church in Funningur dates from and stands at the water's edge.