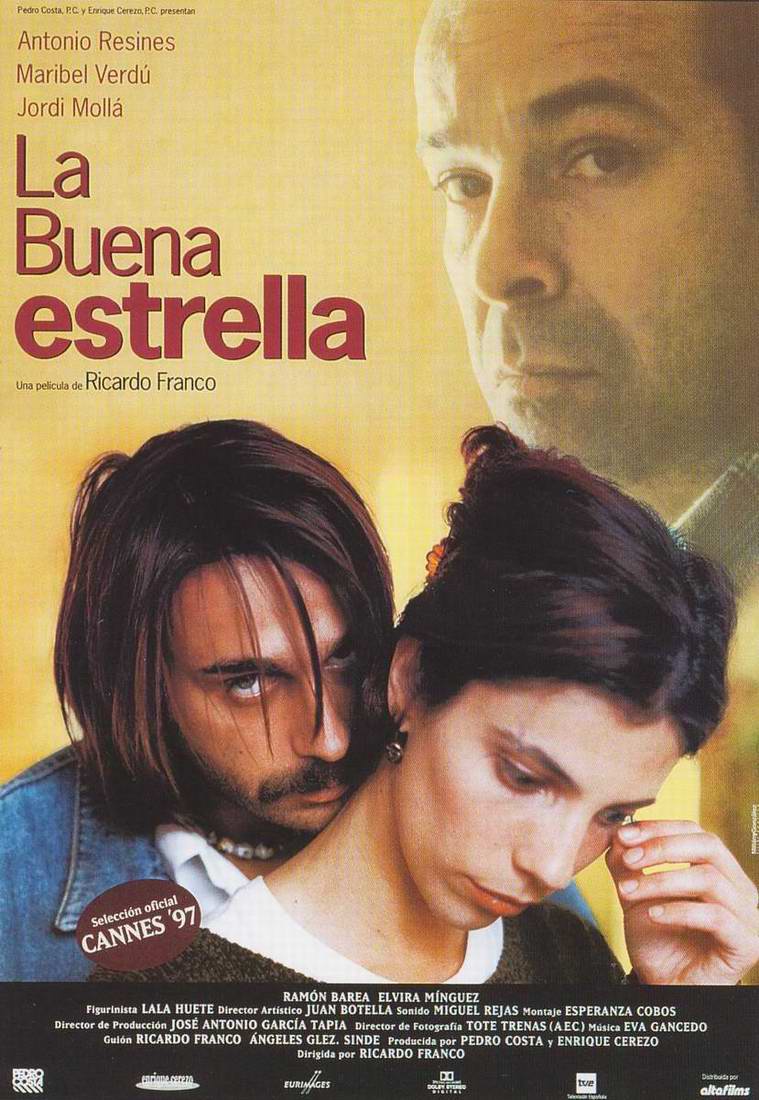 Rafael is a kind, good-hearted butcher. He has a lonely life after accidentally castrating himself while cutting meat several years before, but he longs to have a family life, a dream that seems unattainable for him. One early morning when he is driving his truck to his butcher’s shop, he sees a young man assaulting a woman. Rafael cannot help but intervene and jumps out of his vehicle to help her. Taking pity on the girl, he takes her to his home. Her name is Marina and the man who was beating her was her boyfriend, Daniel. Marina, nicknamed One-Eye (for she lost one eye in a childhood accident), tells Rafael how she and Daniel grew up together in a hostile environment in an orphanage, where she was left abandoned by her father. Marina feels attach to Daniel, as they do not have anybody else. They have had a hard life on the streets, and now that she is pregnant by him, she is adamant not only to have the baby, that Daniel does not want , but she would like to offer the baby the family life, she never had.

After knowing that Daniel is now in jail, Rafael proposes to Marina to take care of her and the baby. She gladly accepts his offer but warns him that Daniel sooner o later will come back and then she would not know what to do. Marina and Rafael both grab the possibility to fulfill the impossible dream they once had to form a family.

Rafael treats the troubled Marina with kindness and she responds by proving that there is more than one way to be a man and to experience love. In this way, the two find healing and happiness raising Marina's daughter, Estrella, that Rafael recognizes as his own.

Years later, their happiness is threatened by the sudden return of Daniel, fresh out of prison. He knocks on the door one night, beaten and bleeding, just as Marina arrived years ago. He only wants a place to live. Though he knows that Marina has strong, unresolved feelings for Daniel, Rafael does not want to lose her and reluctantly allows Daniel to stay for a few days that become weeks. With only lifetimes of strife in common, the three lonely, disaffected adults thus form an uneasy family.

Marina is reluctant to be left alone with Daniel, is not he who she does not trust but her own feelings. Rafael to see her reaction goes to his sister house in the countryside, leaving the other two alone. Rafael comes back soon unexpectedly finding Marina and Daniel together in bed. He initially wants them to leave but finally comes to accept an uncommon arrangement and the three of them remain together with their daughter forming an uneasy family. Daniel, who passes as Marina’s brother, helps Rafael in the Butcher’s shop and settles in a family life for a while. He finally leaves as Marina has said the he would do eventually.

Nevertheless, not much later he is in trouble and Marina leaves to follow him. Rafael is now alone to take care of Estrella, the daughter.

Time has gone by and watching the T.V news Rafael finds out that Daniel has been involved in a robbery with a band of criminals and is once again in jail. Marina, then, comes back home, she is pregnant again and they have a second daughter.

Rafael visits Daniel in jail; between them has finally grown appreciation and understanding. Daniel feels defeated, the lucky star that he thought he had has left him. He was raped in prison and is now seriously ill.

Daniel condition is so bad that he is release from jail to spend his remaining days home. He is grateful that now he has a place to go: the home form with Rafael, Marina and their two daughters. Daniel suffering is unbearable and he begs Marina to help him die, unwillingly she shots him to release him from his misery. Marina was never judge for the murder she died before being charged with the murder. Rafael is now alone taking care of the daughters.

"La Buena Estrella" centers on the three leads. , who plays the gentle butcher, is a Spanish actor famous for his roles mostly in comedies. For his dramatric turn in la Buena Estrella he won the Goya Award as best actor over Jordi Mollá, also nominated.

The role of Marina is played by , an actress famous in Spain for her role of Trini in ’s . "La Buena Estrella" represents her artistic culmen, she was nominated for her role in this film as a leading actress in the . She is better known internationally for the films and .

The most harrowing role in "La Buena Estrella", belongs to who plays the handsome petty criminal Daniel. An actor, director, painter and a writer, Jordi Mollá first received acclaim in Bigas Luna's "", in . As an actor, Mollà is most recognized in the United States for his role as Diego Delgado in Blow (Ted Demme, 2001), his debut film since then he has made four more films in hollywood. including , The Alamo and

"La Buena Estella" is a dramatic intimist film about love, abandonment, solitude and ultimate connection. It was based on a real life story taken from an actual crime and developed by the producer Pedro Costa.

"La Buena Estrella" was well received by critics and audiences. It won Goyas for best film, best actor, best director and best original score, and was nominated for 4 others, including for best actor and for best actress. La Buena Estrella won over "", a film that was ultimate Spain’s candidate to the Oscar were it was among that year’s nominees. , the director, left his next film unfinished dying of a heart attack only one year after the release of "La Buena Estrella", his best regarded work.

"La Buena Estrella" is available in Region 2 DVD. Audio in Spanish and dubbed Italian. English and French subtitles. There is no Region 1 DVD available.