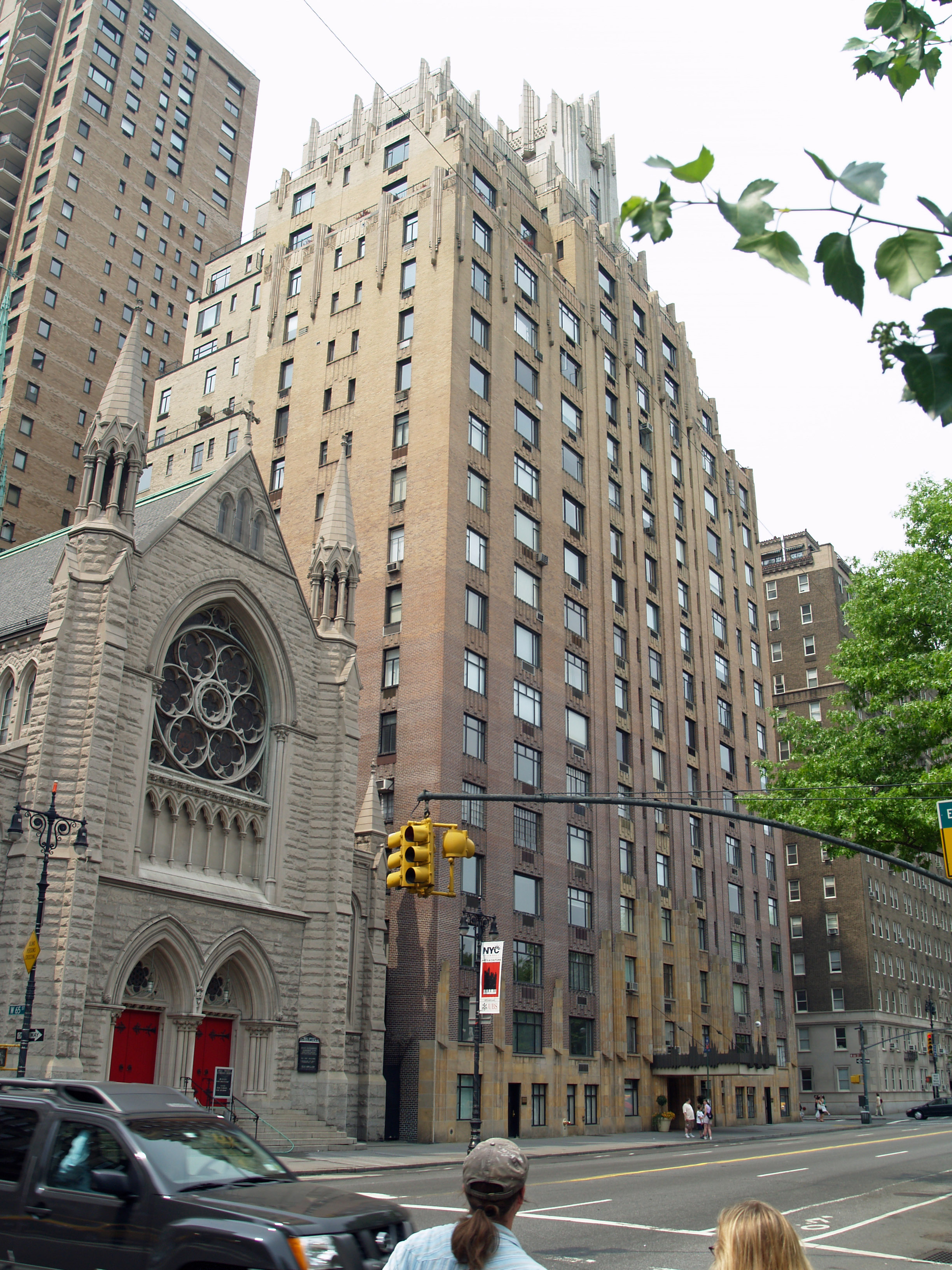 caption =
location = , , New York City, , USA
lat_degrees = 40
lat_minutes = 46
lat_seconds = 19
lat_direction = N
long_degrees = 73
long_minutes = 58
long_seconds = 44
long_direction = W
area =
architect =
architecture =
built = 1929
added = , The building at 55 Central Park West, also known as the Ghostbusters Building, is a located in , , The building was built in 1929 and designed by the firm . Both the interior and the exterior possess unique architectural features that set the structure apart from its peers. The building is considered a contributing property within the , which is listed on the .

Plans for the building were filed by architectural firm at the behest of Victor Earle and John C. Calhoun, for whom they were working. Earle, and his brother Guyon, had been actively developing the Upper West Side of New York City since the 1910s.

The structure, between 65th and 66th Streets and considered to be mostly "second tier"

Though Central Park West would become an area heavily influenced by the movement, the building was the first fully Art Deco structure on the street.

When the building opened in 1930 it had apartments ranging from three to nine rooms, the largest of which had four bedrooms. The apartment living rooms featured a dropped living room, developed by the Earle brothers, which set the interior apart from most others constructed around the same period. An original rental brochure shows the dropped nearly entirely open to the entrance gallery; traditionally the gallery was held as different room.

The six apartments on the top five floors of the building are considered the most desirable in the building. Two apartments in particular, 19 and 20F, are the mostly highly sought after. Together the two units form a 4,500 penthouse, sporting eleven-foot ceilings, two functioning s and a convert|1000|sqft|m2|sing=on terrace.

The exterior of the building is also somewhat non-traditional. As the brick facade rises from the ground it changes shade from a deep purple to a yellow-white. Color was being widely used during the 1920s as a tool in architecture for overall effects. Indeed, the rental brochure touted the exterior features of the building, "new modernistic design of exterior with beautiful shaded color scheme," it stated. "'s" architecture critic, George S. Chappell, praised the building's use of color, saying, "the total effect is exhilarating."

The building is a contributing property to the , which was added to the on , .

The building also holds significance in because scenes from the 1984 film "" were shot there. In the film, the building is said to have been designed by an insane architect named , who started a secret society which performed rituals on the building's roof as early as 1920.