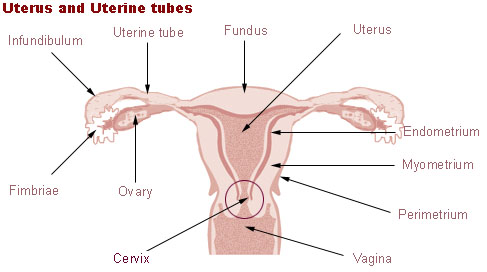 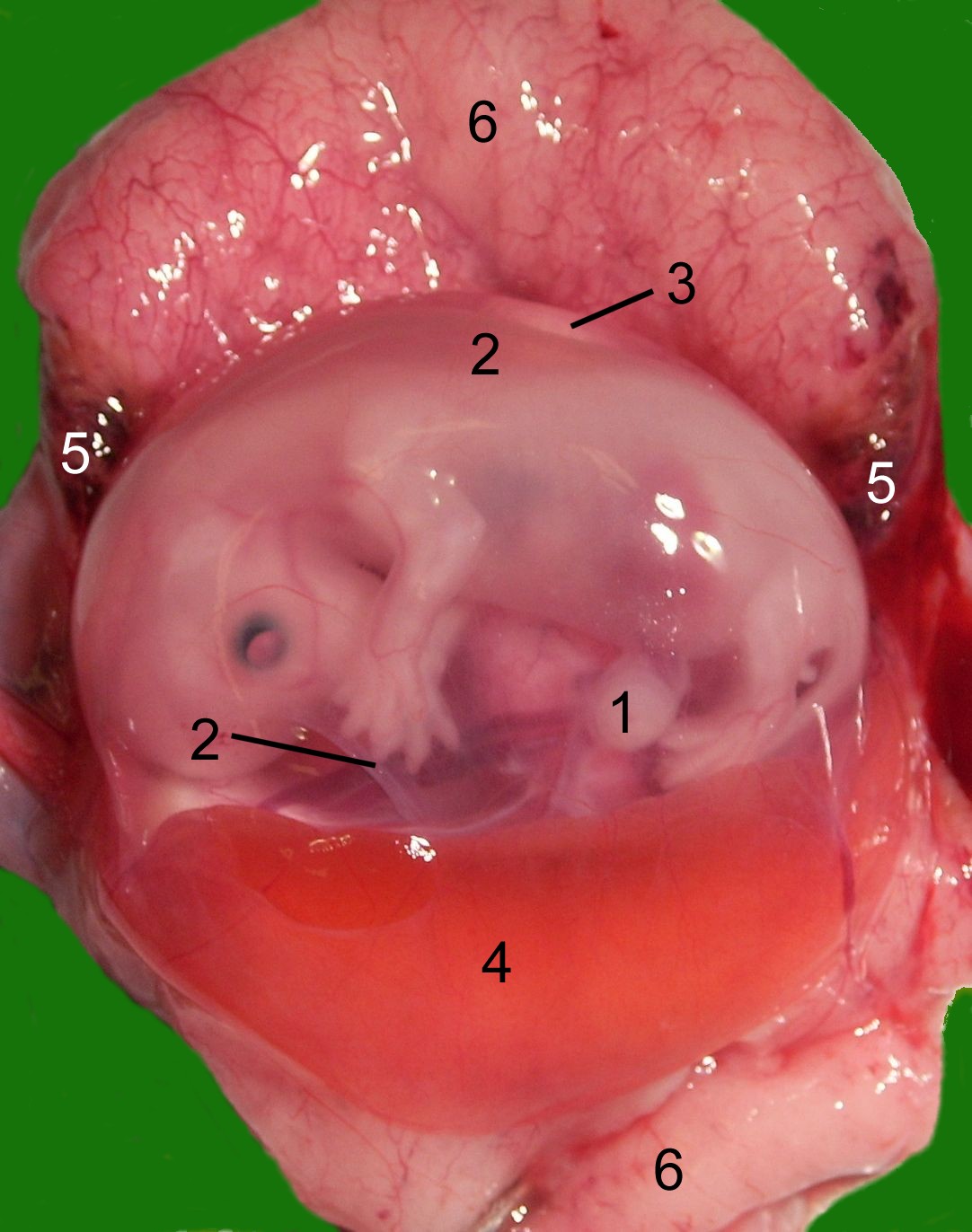 The endometrium functions as a lining for the uterus, preventing adhesions between the opposed walls of the , thereby maintaining the patency of the uterine cavity. During the or , the endometrium grows to a thick, blood vessel-rich, glandular tissue layer. This represents an optimal environment for the of a upon its arrival in the uterus.

During , the glands and s in the endometrium further increase in size and number. Vascular spaces fuse and become interconnected, forming the , which supplies and nutrition to the and .

The endometrial lining undergoes cyclic regeneration. Humans and the display the , whereas most other mammals are subject to an . In both cases, the endometrium initially proliferates under the influence of . However, once occurs, in addition to estrogen, the ovary will also start to produce . This changes the proliferative pattern of the endometrium to a secretory lining. Eventually, the secretory lining provides a hospitable environment for one or more blastocysts.

If no blastocyst is detected, the progesterone level drops and the endometrial lining is either reabsorbed (estrous cycle) or shed (menstrual cycle). In the latter case, the process of shedding involves the breaking down of the lining, the tearing of small connective blood vessels, and the loss of the tissue and blood that had constituted it through the . The entire process occurs over a period of several days. Menstruation may be accompanied by a series of uterine contractions; These help expel the menstrual endometrium

In case of implantation, however, the endometrial lining is neither absorbed nor shed. Instead, it remains as "". The decidua becomes part of the placenta; it provides support and protection for the gestation.

If there is inadequate stimulation of the lining, due to lack of hormones, the endometrium remains thin and inactive. In humans, this will result in . After , the lining is often described as being atrophic. In contrast, endometrium that is chronically exposed to estrogens, but not to progesterone, may become hyperplastic.

The endometrium consists of a single layer of , resting on a layer of , which varies in thickness according to influences - the "stroma". Simple tubular uterine reach from the endometrial surface through to the base of the stroma, which also carries a rich blood supply of spiral arteries. In a woman of reproductive age, two layers of endometrium can be distinguished. These two layers occur only in endometrium lining the cavity of the uterus, not in the lining of the Fallopian tubes: [Blue Histology - Female Reproductive System. School of Anatomy and Human Biology - The University of Western Australia http://www.lab.anhb.uwa.edu.au/mb140/CorePages/FemaleRepro/FemaleRepro.htm Accessed 20061228 20:35]
*The "functional layer" is adjacent to the uterine cavity. This layer is built up after the end of menstruation during the first part of the previous . Proliferation is induced by (follicular phase of menstrual cycle), and later changes in this layer are engendered by progestrone from the (luteal phase). It is adapted to provide an optimum environment for the implantation and growth of the . This layer is completely shed during .
*The "basal layer", adjacent to the and below the functional layer, is not shed at any time during the menstrual cycle, and from it the functional layer develops.In the absence of progesterone, the arteries supplying blood to the functional layer constrict, so that cells in that layer become and die, leading to .

It is possible to identify the phase of the menstrual cycle by observing histological differences at each phase:

is the growth of the endometrium into the muscle layer of the uterus (the ).

is the growth of endometrial tissue outside the uterus.

is the most common of the human female genital tract.

, also known as intrauterine occurs when the basal layer of the endometrium is damaged by instrumention (eg. ) or infection (eg. endometrial ) resulting in endometrial sclerosis and adhesion formation partially or completely obliterating the uterine cavity.