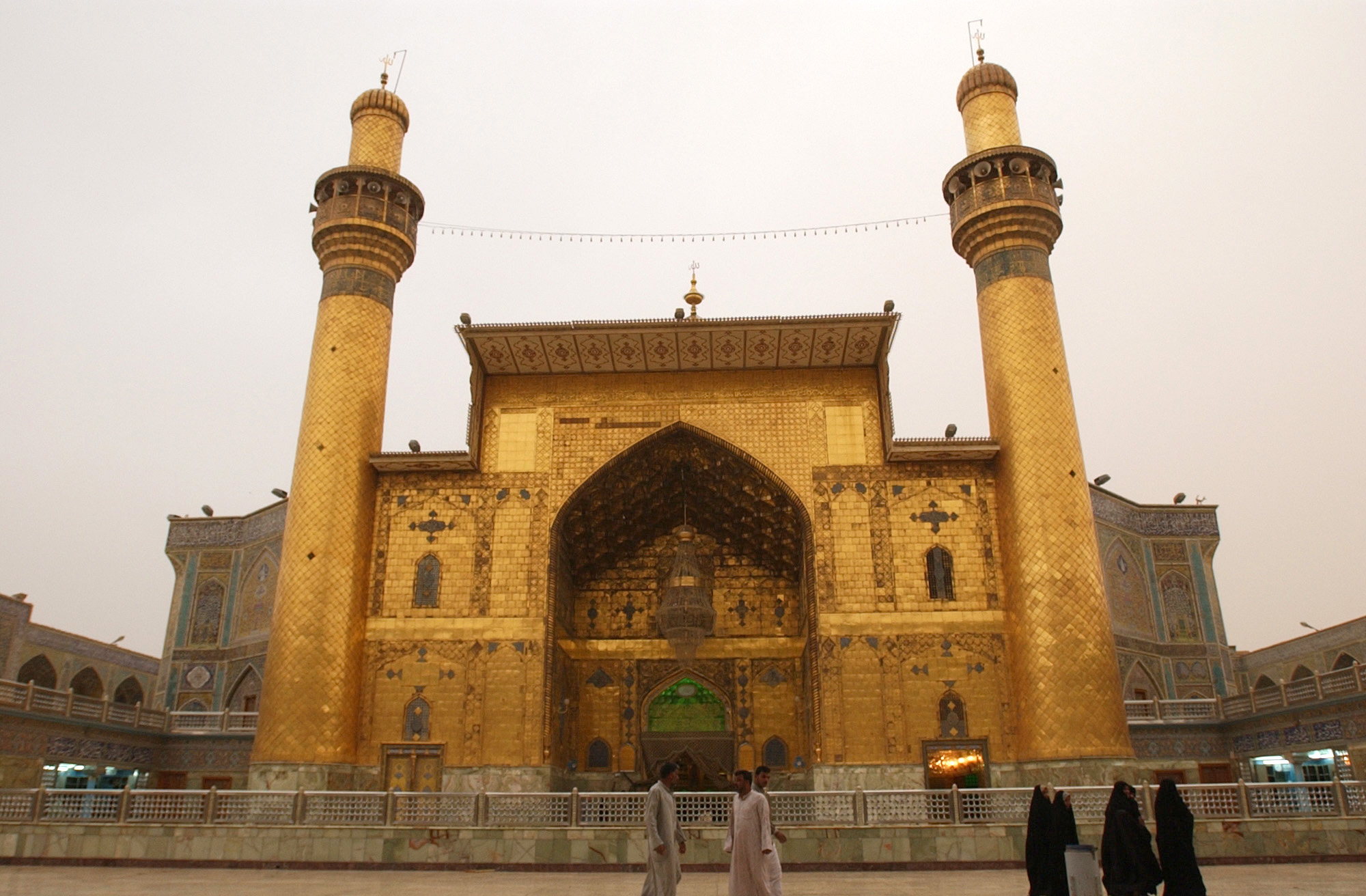 caption=The Imam Ali Mosque
location=,
target=
date=,
type=
fatalities=83
injuries=500+
perps=The Imam Ali Mosque bombing was the detonation of two outside of the in on , . The attack killed 83 people crowded around the for Friday prayers, including , spiritual leader of the .

The attack was devastating for the Shiite community in Iraq, because such a revered cleric was killed and so many lives were lost. The bombing was the deadliest attack in Iraq in 2003. In response to the attack, thousands of Shiite mourners marched in the streets of cities and towns across Iraq. The mourners, many of whom blamed 's loyalists for the attack, held anti- protests. No one has claimed responsibility, and Saddam himself released a taped audio message in which he denied having any involvement.

On , , Iraqi authorities arrested four people in connection with the bombing: two former members of the from , and two non-Iraqi s from the sect (a sect).

According to U.S. and Iraqi officials, 's group was responsible for Hakim's assassination. They claim that , a top Zarqawi bombmaker who was captured in January 2005, confessed to carrying out this bombing. They also cite Zarqawi's praising of the assassination in several audiotapes. Some sources even state that Zarqawi's father-in-law was the suicide bomber who detonated the bomb. [ [http://www.newsday.com/news/nationworld/world/ny-wozarq0208,0,4101449.story?coll=ny-worldnews-toputility Zarqawi kin reportedly bombed shrine in Iraq] ]

In , the Iraqi Justice Ministry said that an militant had been executed for his role in the bombing. [ [http://www.abcnews.go.com/International/wireStory?id=3350969 Man Executed for Role in 2003 Iraq Blast] ]