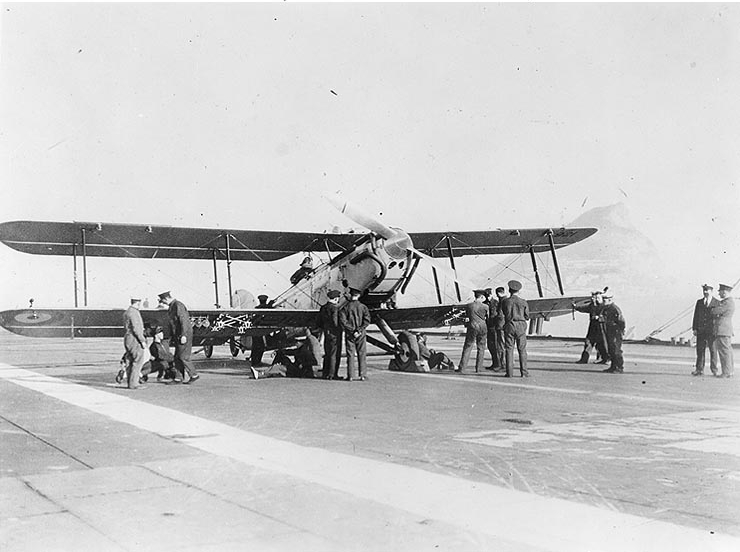 caption = Fairey IIIF on HMS Furious
designer =
first flight = 14 September 1917
introduced = 1918
retired =1941
status =
primary user =
more users =
produced =
number built = 964
unit cost =
developed from =
variants with their own articles =
The Fairey III was a family of British reconnaissance s that enjoyed a very long production and service history in both landplane and variants. First flying on 1917, examples were still in use during .

The prototype of the Fairey III was the N.10 , which was designed and built in 1917 by (along with the smaller N.9) to meet specification N.2(a) for a carrier based seaplane for the during the First World War. N.10, also known by its constructer's number F.128 was a two bay with folding wings and powered by a 260 hp (194 kW) engine.It first flew from the Port Victoria seaplane station on the , on 14 September 1917.

The first two production models were the IIIA and IIB of which 50 and 30 respectively were built. They saw little, if any service towards the end of the war. The IIIC bomber/reconnaissance model followed, of which 36 were produced, including some converted IIIBs, and a small number of this type operated from as bombers for the in 1919.

The first major production model was the IIID which first flew in 1920 and was operated by the and as well as the s of (11 aircraft) and which received six IIIDs, the first being delivered in August 1921. In 1924, the third of the Australian IIIDs, designated "ANA.3" (or "Australian Naval Aircraft No. 3"), won the for circumnavigating Australia in 44 days. By 1926 a total of 224 Fairey IIIDs had been built. The IIID had a wooden, fabric-covered fuselage and usually a wooden, twin-blade, fixed-pitch . One IIID was built with metal wings and floats.

Most Fairey IIIs were powered by 12-cylinder liquid-cooled engines but some, including the Australian IIIDs, were powered by the 375-hp (280 kW) VII. The naval variants were usually three-seaters; pilot, observer and gunner and the wings would could be folded back parallel to the for storage aboard ship. In floatplane configuration, carrier-borne Fairey IIIs would be launched from the deck using a trolley and would land on the water upon their return. The Fairey III floatplane could also be -launched from a ship.

The most prolific and enduring of the Fairey IIIs was the final model, the IIIF which entered service with the RAF in in 1927, and with the shortly after. The IIIF had an all-metal fuselage and later all-metal wings and a metal propeller. Over 300 IIIFs were operated by the FAA, making it the most widely used type of aircraft in FAA service between the wars. In fact, of the British military aircraft in the inter-war years, only the was produced in greater numbers.

The IIIF remained in service well into the 1930s some were still in use as target tugs as late as 1941. Three IIIFs were modified as a radio-controlled gunnery trainer, known as the Fairey Queen. The Fairey IIIF was also the basis for development of the and .

A single example of the Fairey III is preserved in Portugal's "Museu da Marinha" (Naval Museum). The British has a fuselage.