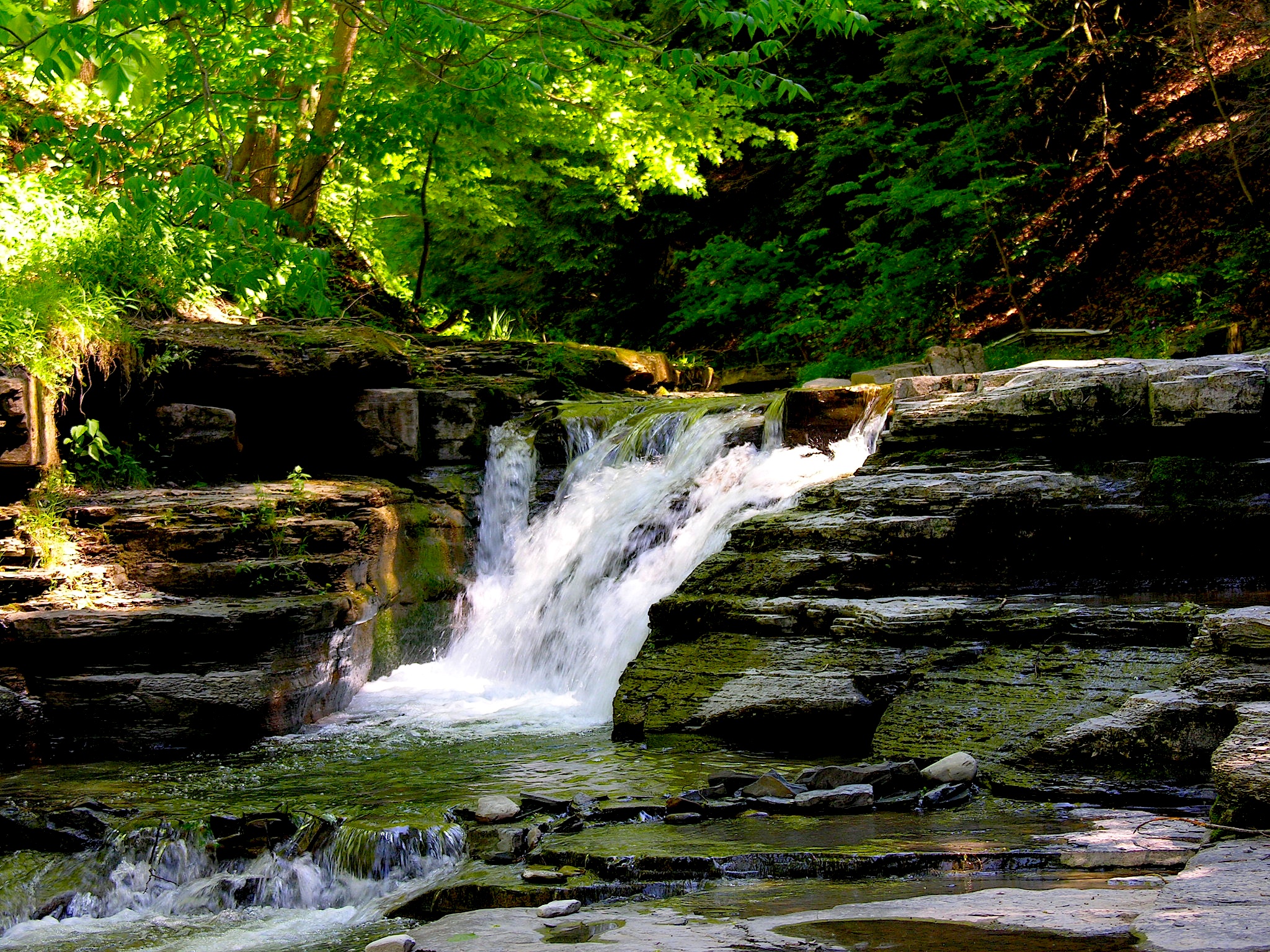 The signature attraction of the park is the eponymous brook, which is an example of small, post-glacial streams in the area. The small creeks and brooks in this area cut through the -area escarpments following retreat of the glaciers, creating deep, narrow , with many waterfalls, which are uncommonly accessible.

As do some other parks in the region, such as , , and , the park features a semi-natural swimming pool, created by a small dam constructed in the lower reaches of the stream.

Stony Brook became a summer tourist spot in the late nineteenth century, following the construction of a railroad in 1883. The resort fell into decline by the 1920s. state resurrected the area by buying the land and establishing the in 1928.

Stony Brook was enhanced in the 1930s by improvements constructed by the and the . The footprint of these government programs is evident throughout the park in the form of hiking paths, bridges, picnic areas, and buildings.

Initially convert|250|acre|km2, the park is now convert|577|acre|km2. It offers a beach, two stream-fed swimming pools, picnic tables and pavilions, a playground, a nature trail, hiking, fishing and bow-hunting (deer), a campground with tent and trailer sites, and cross-country skiing.