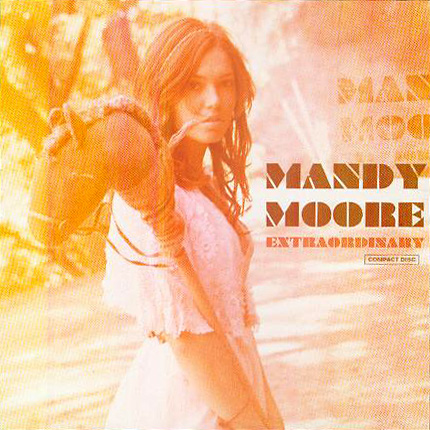 Lower caption = Alternate cover of the single. "Extraordinary" is a song recorded by American singer-songwriter . The first single released from her 2007 album "", it is also the first track on the album.

The song differs significantly from her earlier work. Whereas songs such as "Candy" and "I Wanna Be with You" are synthesized , "Extraordinary" has a more organic and instrumental sound; it features violins, drums, and guitars. According to Moore's official blog, the song explores her feelings of inferiority and her effort to try and break free from thoughts.Fact|date=August 2007

The song was first released to Moore's MySpace page on , . It was released to the , 's music store, on , , which was Moore's 23rd birthday. Moore performed the song live for the first time at the official first televised ceremony of the on , though she has also performed the song at a number of smaller gigs. [ [http://www.mtv.com/news/articles/1555792/20070328/lavigne_avril.jhtml MTV News] ] The song is included in the trailer of the film "", which stars . The song was also played on an episode of "" where Moore was brought to the family's new home.

The video premiered on and 's "" on , . It was shot in March and features Moore playing a variety of different characters, including (at the top). In the video, the numerous Moores are stacked on top of each other, and in the background the scene is changing from a city to clouds to show the height of the characters on top of each other. Moore's last character drifts down with a parachute.

The video peaked at number twelve on 's Top 20 Countdown on , .