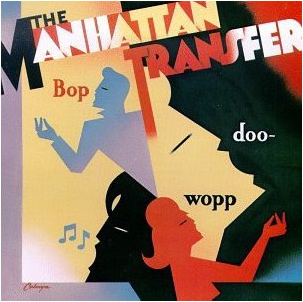 "Bop Doo-Wop" is the seventh album released by in 1985 on the label. Six of the ten tracks on Bob Doo-Wopp are live performances.

The album contained the song "Route 66" which originally appeared on the soundtrack to the ' film .

This album another single in "Baby Come Back To Me (The Morse Code Of Love)" which reached #83 on the chart. The song was dedicated to (an Italian vocal group from ) who released the single "There's A Moon Out Tonight" in 1960.

"Route 66" hit the in 1982, reaching #78, and earned the group another in the category of "Best Jazz Vocal Performance, Duo or Group."